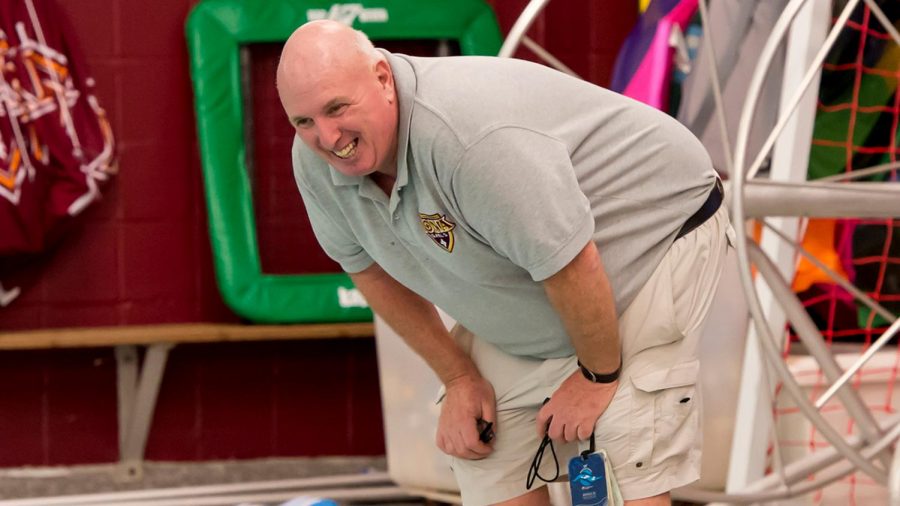 Head coach Nick Cavataro has been the head coach of Iona swimming and diving for 39 years.

The men’s team finished fourth at the MAAC championship, one up from last year’s team. Both teams set season and individual records at the tournament. Head coach Nick Cavataro believes the team performed at the top of their game.

“You combine all that into the team placing and it was a very, very successful meet,” Cavataro said.

Competition between the team has helped propel each team member to perform better and better to gain those starting spots, according to Cavataro. This year’s roster is the biggest ever, with 24 men and 30 women. This size has helped the Gaels become the school-record breaking team they are today.

Despite not winning at the MAAC championship, Cavataro is proud of his program and says the competition in the MAAC only gets tougher year by year. If the team keeps working hard and moving ahead, it’ll get better. If not, it’ll fall behind.

Trying to advance as a program with not as many resources as some of the other programs is a challenge in and of itself, but Cavataro believes the team and coaching staff does a great job making the best team they can with what they have.

While depth itself is not a problem, choosing the right combination of players to go to tournaments can be tricky. The Gaels could only bring along 18 members on the team and it’s the same for the upcoming College Swimming & Diving Coaches Association of America National Invitational. Cavataro focuses on taking the team he has now and helping them improve.

This year is the first time Iona is bringing six women with them to the national tournament, compared to no women last year.

Despite the records broken and good performance, Cavataro is focused on the fact that Iona still didn’t win.

“There’s still several steps on this ladder to go,” Cavataro said. “It’s to win championships. We’ll get there.”