Enjoying the game important for Ferraioli after injury 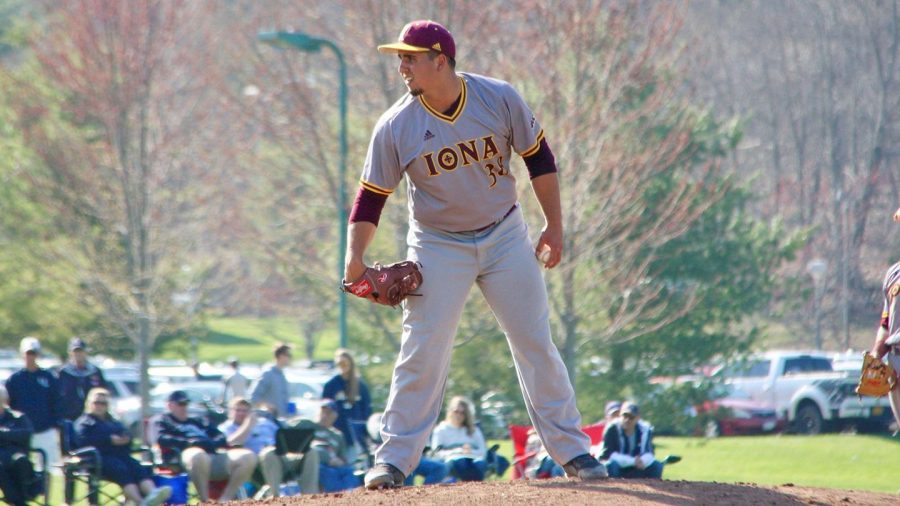 Senior Mario Ferraioli earned the NCAA Player of the Week award right after his no-hitter versus Quinnipiac.

Iona College senior Mario Ferraioli is going into his last season of college baseball with the primary goal of having fun with the sport.

Ferraioli has played baseball since he was 5 years old, where he played at the Y. The confidence to play the sport seriously was a doubt for Ferraioli growing up, but his grandfather always made sure to help him follow his dream.

“He always pushed me to never give up and to always continue my passion,” Ferraioli said. “He said I always had a special talent.”

The competition between teammates to better each other is one of the best parts about baseball, according to Ferraioli. Baseball is a team sport where every man has to do their part for the team to win, since they can’t really stall for time or push the blame.

Ferraioli came to Iona from Colts Neck High Schoolin New Jersey, where he earned First Team All-District and All-Division twice. Despite these awards, the then freshman came into college nervous but determined. With the help of the seniors at the time, he transitioned smoothly into college baseball. He continues to work hard every day to better his play.

All of the hard work Ferraioli had put in freshman and sophomore year seemed all for nothing when he was injured at the beginning of his junior year. The injury put him out for the whole season.

“You work all fall and winter on getting as strong as you possibly can,” Ferraioli said. “In my last pitch of my warmup in my first game, to go down like that is really discouraging. It was the most challenging part of my baseball career.”

Ferraioli never had an injury throughout his career, so this experience was new to him. Knowing that he wouldn’t be able to play the game he’s grown up with for a whole year was a tough pill to swallow.

The injury was more of a mental roadblock then a physical one, according to the pitcher. The setback made Ferraioli think all of the hard work was wasted.

“It was more frustrating to me that I wasn’t where I was before I got hurt,” Ferraioli said. “I’m still working to get over that mental barrier but I know once I get on the mound against another team, it’ll all just go away.”

The injury helped the senior pitcher realize that he doesn’t have all the time in the world. If there was one thing he could tell his freshman self, it would be to enjoy every day playing baseball, since it doesn’t last forever. Taking the time for granted will only lead to regret, according to Ferraioli.

One story that embodies both having fun and performing well is Ferraioli’s no-hitter against Quinnipiac in the 2018 season. One of the athletic trainers accidently superglued the pitcher’s fingers together and the team wasn’t even sure if he could pitch the game.

“It’s just those unexpected things that will stick out in my career,” Ferraioli said.

Going into his final season, Ferraioli hopes to help his team win the Metro Atlantic Athletic Conference championship and leave Iona as a champion.