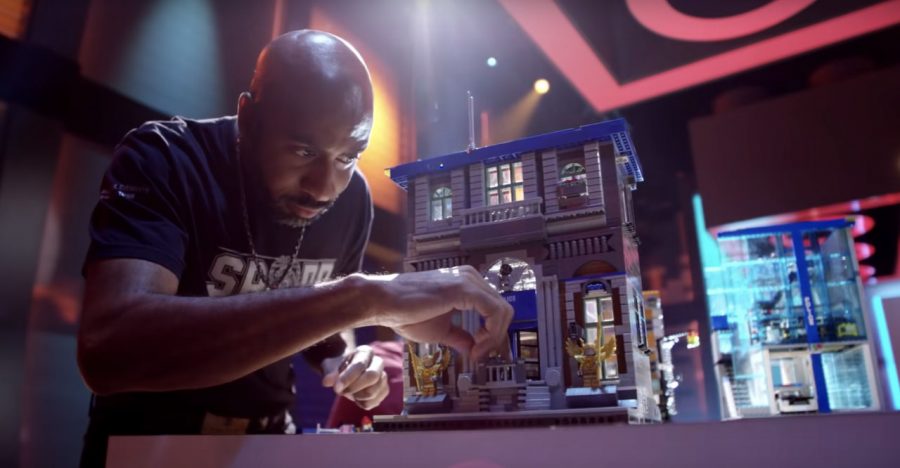 Will Arnett carries “Lego Masters” with a self-aware sense humor to the energetic brick-building show.

The creativity and skill that goes into designing Lego creations is often staggering. The new television series “Lego Masters” attempts to showcase this by pitting teams of talented Lego builders against each other in a frantic building competition. Hosted by Will Arnett, the voice of Lego Batman, the show features several teams of two working to build elaborate Lego creations. Their designs are judged by lead designers of existing Lego playsets.

The premise and host make it an entertaining watch, but the show focuses more on its eccentric contestants rather than their creations. “Lego Masters” feels more like a standard reality competition series than a showcase of Lego building prowess as a result.

The first episode of the show features each team frenetically building their own attractions for a Lego theme park. Within the elaborate, Lego-themed film set, competitors plan out and construct their designs with a seemingly unlimited access of Lego materials.

Many of the creations that the teams produce are extraordinarily complex and creative such as a working Ferris wheel and swing carousel. However, the show does not spend nearly enough time on explaining how the teams managed to get the contraptions to operate successfully. Instead, they focus much more on the thought process. While that may be more understandable for general audiences, it is disappointing for those who wish to learn more about the work that goes into crafting and engineering Lego creations.

There is also a heavy number of pre-recorded interviews with the competitors of the show. While it is important for the show to make audiences care about its contestants, the contestants talk more about themselves rather than their creations. This in conjunction with overbearing personalities makes it hard to remain fully engaged with the show.

While the contestants may not be the most appealing aspect of the show, Will Arnett makes up for it with his entertaining personality. Arnett is a fantastic host and carries the same sense of humor that he has within the Lego movies. He is incredibly self-aware, resulting in some great jokes that poke fun at the fact that the show is an advertisement for Lego products.

“Lego Masters” has all the pieces that it needs to be a compelling look at the process of Lego building. However, it holds itself back by concentrating too much on some of the contestants rather than their creations. “Lego Masters” is still an entertaining watch and shows potential to improve in its future episodes.