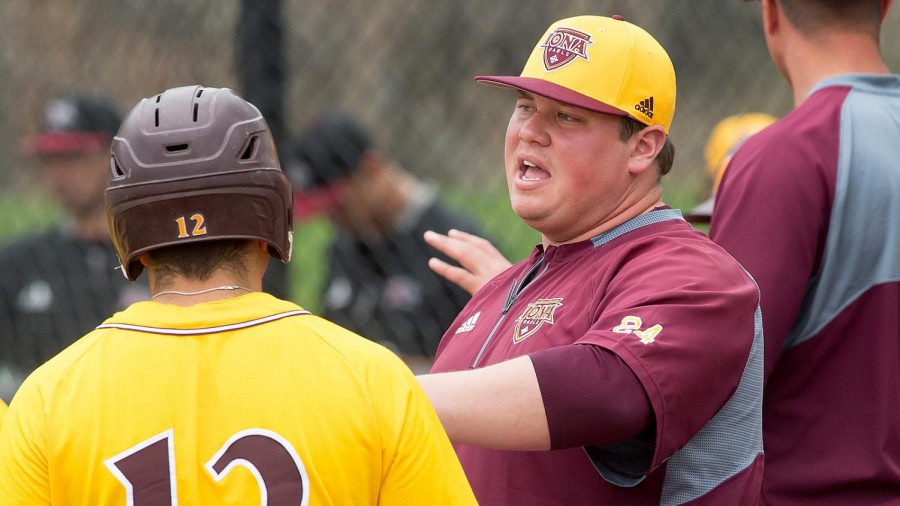 Head Coach Paul Panik led the Gaels to a 14-38 record in his first season at the helm.

The Iona College baseball team aims to focus on internal competition to improve the overall play of the Gaels this season.

The addition of eight freshmen plus the return of senior Mario Ferraioli after a season-ending injury helps head coach Paul Panik create an environment that rewards a competitive nature from the players so that they can become better at the game. Competition is key to keep a team fresh and on their toes, according to Panik.

“If you don’t have competition, complacency sets in,” Panik said. “Guys aren’t pushing to get better, they just go out to practice and do their work.”

The Gaels had a problem with complacency last season, Panik explained. One of the keys to getting rid of that nature and bringing back the drive to compete was creating a team with depth. With depth comes more chances for players to prove themselves by working hard and performing when game time comes.

Now that the team has the individuals it needs, work needs to be done to improve both the team’s overall defense and offense. Panik aims to tackle the problem of the team’s mistakes during routine plays, which cost them the game last season

Improving players’ ability at bat is another obstacle for Panik and the Gaels, but one that may be easier to get rid of compared to the defensive problems , Panik claims.

Working on their play during practice and offseason is only half of the journey to winning the Metro Atlantic Athletic Conference.

“We know we have really good talent, it’s just [a matter of] doing it,” Panik said. “We’ve made it to the championship game, so it’s [all about] getting back to that winning form.”

Getting over the mental challenge of having such tough opponents in the beginning of the season and using those games to help improve their play is the one obstacle the Gaels have to overcome this season in order to obtain glory in the MAAC.