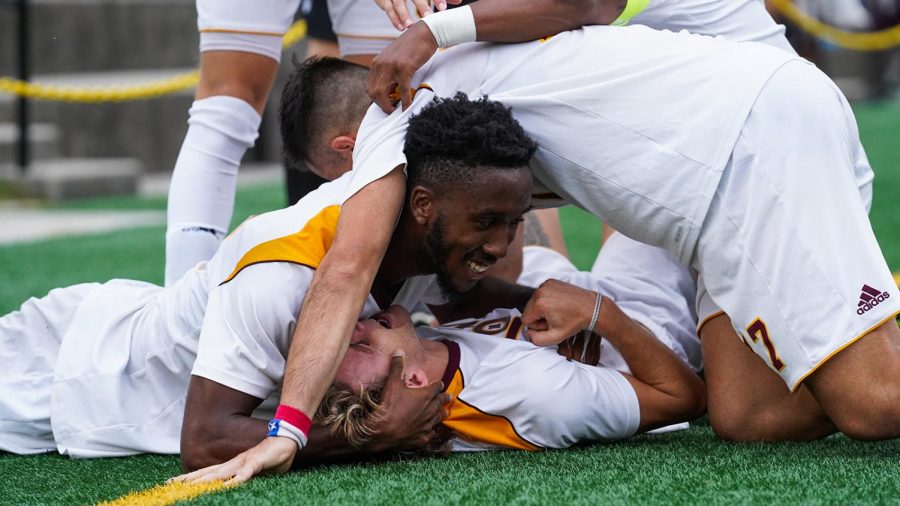 The men's soccer team has had their best record since the 2012 season.

After losing to the Rider Broncs in the playoffs last year at Mazzella Field 2-0, the Gaels got their revenge in the first round of the Metro Atlantic Athletic Conference championship series, beating them 2-1 on Nov. 10.

When the game was a little past the halfway mark in the first half, sophomore Esad Mackic broke the cold spell by scoring the games’ first goal. Then, not even 10 minutes later, junior Josh Plimpton scored the second goal for the Gaels. Rider created some breathing room as they scored a goal less than a minute later to make it 2-1 at half.

The second half was a defensive battle with no goals scored, and the Gaels held on for the victory to advance to the second round of the MAAC championship series against the Quinnipiac Bobcats. Things got choppy towards the end as three players, including two from Iona, were given red cards along with being ejected from the game.

Overall, the team has a vibe this year that unifies players who are all focused on one goal—winning a MAAC title. Junior forward Lenworth Lopez explained the culture of the team this year.

“This year’s team has a lot of young guys, but that doesn’t mean a thing. These guys keep us upperclassmen on our toes, because they are ready to step out because no one’s spot is guaranteed,” Lopez said. “Everyone has to perform their best every single time we are on that field, but this team can go really far and I’m excited.”

Lopez, who was one of the team’s best players this regular season, did not start the game this past Sunday against the Broncs. This is just a testament to the selflessness and depth that is on display this season for this Gaels squad.

Teams who are willing to make these sacrifices usually are the ones that succeed. The Gaels’ next game is against the Bobcats, who are the number two seed in the MAAC. The game will be held in Hamden, Connecticut, where the Gaels have already shown that they can win again their 2-1 victory back in late October.