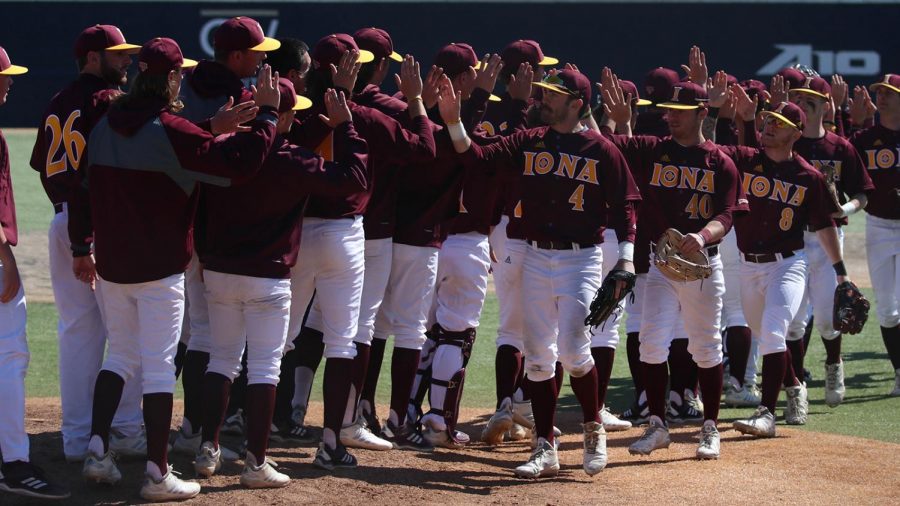 The Gaels have a total of 36 players, adding more depth to the team this season.

The Iona baseball team starts their season soon, and the Gaels are looking forward to improving their 14-38 record from last season.

The team will start the new season with hopes to bounce back from the negative record they recorded the previous season in which they went 8-16 against teams in the MAAC conference. With plenty of familiar faces on the team, they will use last season as motivation to grow as players and further develop their skills.

The Maroon and Gold are starting off some new faces as well. Ten freshmen have joined the squad, most of them being position players that second-year coach Paul Panik can use to his advantage. Panik will have a solid combination of seasoned veterans and fresh recruits to work with as the season begins.

One issue the team had last season was that they struck out more often than they drew a walk. The Gaels only had two players last season that got to base through a walk more times than they struck out. This shows a lack of plate vision and discipline amongst the squad, which is an issue that was likely addressed over the course of the off-season.

Catcher Samuel Punzi returns to the team coming off of a solid sophomore year. Last season, Punzi led the Gaels with a .283 batting average. He also led the team with 28 RBI in 47 games, all of which he started. Building off of a great year is a goal Punzi will keep in mind during the start of the 2020 season.

Pitching Coach J.T. Genovese will be working with his pitching staff, helping them develop and improve from some rough outings last season. The Gaels only had one pitcher with a positive win-loss ratio last year, which is something they look to change going into the new season.

Iona’s baseball team has plenty to build upon from last year and a lot of things to look forward too. Starting the season with a healthy combination of new players and returning upperclassmen, the Gaels will begin their new season in the fall with hopes to make it to the top of the MAAC conference.