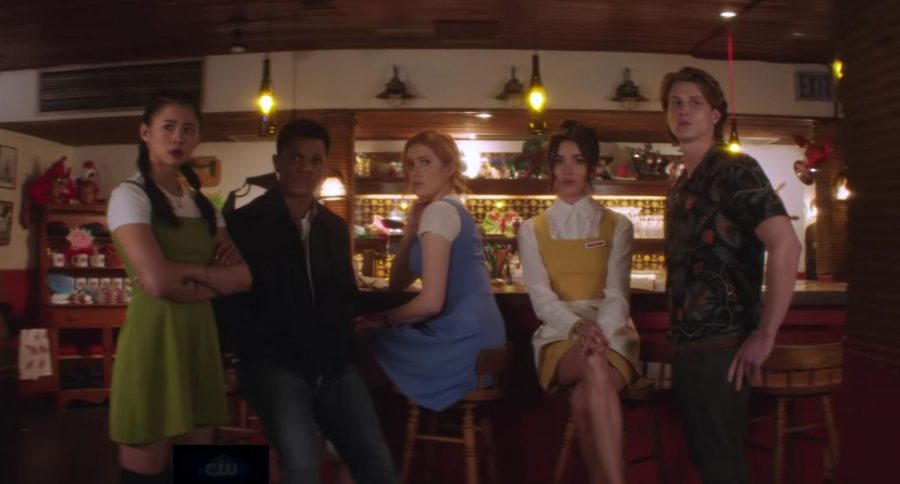 The success of “Riverdale” has prompted the CW to take another classic literary character from the page to the screen. The newest show joining the network’s lineup of broody teen dramas is a sexy, modern take on the beloved Nancy Drew. “Nancy Drew” premiered Oct. 9.

The premise of the series should not come as too much of a surprise to fans of the children’s mystery novels. Nancy Drew is a normal teenage girl who just so happens to have a real knack for solving crimes. In the latest iteration of the world’s favorite female sleuth; however, there is much more going on than meets the eye.

The show takes place in the fictional town of Horseshoe Bay. Nancy is dealing with her mother’s death from cancer a year earlier and thus, has taken a gap year before college and given up solving mysteries. The ex-sleuth bides her times hooking up with mechanic Ned Nickerson and waitressing at the local diner, The Claw.

Nancy’s detective skills are forced to resurface after a murder at The Claw leaves her and her coworkers as the prime suspects. In her quest for the truth, Nancy uncovers secrets, lies and a potential paranormal subplot.

The series premiere was bland and I cannot guarantee I will be keeping up with “Nancy Drew.” It may be a fresh new take on an iconic heroine, but one cannot help but wonder if that heroine deserves better. The pilot seemed a little rushed and depthless as if the whole thing was just a cheap imitation of “Riverdale.”

My biggest problem with the show so far is that I do not give a hoot about the victim of the story’s central murder mystery. The character is introduced for five seconds with maybe two lines of dialogue. The only character who seemingly has any connection to the victim is also so minimally introduced that it is really hard to understand what this murder has to do with anything going on in the little, coastal town.

The only thing I can think of as to why a show about a detective is starting with a lackluster murder mystery is that it is planning on going in a different direction…a spookier direction. The episode starts with a tale of a girl who died mysteriously in Horseshoe Bay almost 20 years ago. “Dead Lucy” is said to still haunt the town and is referred to by several characters in passing.

The ghost becomes a much bigger part of the plot in a couple of surprising ways, which makes me wonder if the show’s murder mystery is actually taking a back seat to a ghost story instead. If true, that could be interesting as the “Dead Lucy Mystery” is currently much more intriguing than the “Claw Murder Mystery.”

Fans of the Nancy Drew novels should definitely give the show a watch. It is certainly fun to see the character matured – Nancy has sex, twice! Fans of the CW’s other teen soaps will probably enjoy the series as well. It has all the cookie-cutter elements of a guilty-pleasure drama. Unfortunately, the “Nancy Drew” premiere just does not give you a reason to watch it instead of the others.