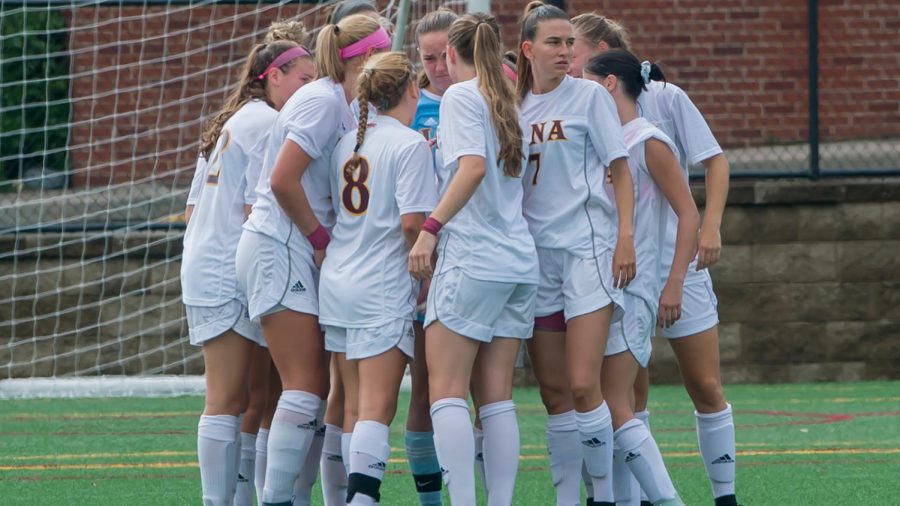 Iona College senior Treloara Harrisson has been a competitor her whole life. From academics in the classroom to athletics on the pitch, her competitive nature has helped her strive to do the best she can and perform well above other students or players. This hunger for success has proven useful for Harrisson as it has helped her achieve placement in the Metro Atlantic Athletic Conference All-Academic team for two years in a row. On top of that, her high GPA has helped her gain acceptance into med school.

Being a top scholar not only helps with future plans but also in the present with Harrisson’s play on the pitch. Having that intelligence helps your vision in the game and helps you understand how to play the game in a more efficient manner, according to Harrisson.

Achieving a high GPA helps with self-confidence as a whole, which leads to more confident play and decision making on the pitch, the Iona College defender explained.

Harrisson changed more of her focus to academics when she didn’t see herself in soccer in the future. Getting into med school only boosted that confidence and helped Harrisson believe she can achieve her goals more.

“I knew [soccer] wasn’t realistically going to be a career for me, so I decided I wanted to go into some sort of sports medicine,” Harrisson said. “I found podiatry, so I’m actually going to be a foot doctor, which kind of relates to playing soccer.”

The realistic nature of professional sports really hit Harrisson when she came to play soccer here with the Gaels.

“There was a transition in my passion,” Harrisson said. “I kind of knew I wanted to help people and my body couldn’t handle the stress [of playing soccer] any longer. Every time I get hurt, it definitely takes me longer to recover than it used to.”

The fascination of the body recovering from injuries has been with Harrisson ever since she was a little kid. The fact that she was always injured around the ankle area helped Harrisson choose her focus of medicine as well. Helping athletes and still being in the sports industry is important to the future medical student.

The anxiety of wondering has been lifted off Harrisson’s shoulder, helping her focus on academics more for herself than for the med schools, she says. Despite already being accepted, the competitive scholar still plans to get high grades.

The drive to be great doesn’t come solely from Harrisson’s competitive nature; the support of fellow science students has helped her study harder and do better in class.

Harrisson expressed her gratitude for the opportunities given here at Iona to be a great student as well, such as the Samuel Rudin Academic Resource Center, where she currently works, and the small class sizes. Having that chance to get close to your professor is something more people should do, she says.

“Forming relationships with your professors really helps you succeed as a student, or it will weed you out, because there’s more attention on you,” Harrisson said. “It’s just a matter of what you do with that attention.”

After all her studies are finished, Harrisson hopes to work with the United States Women’s National Team.