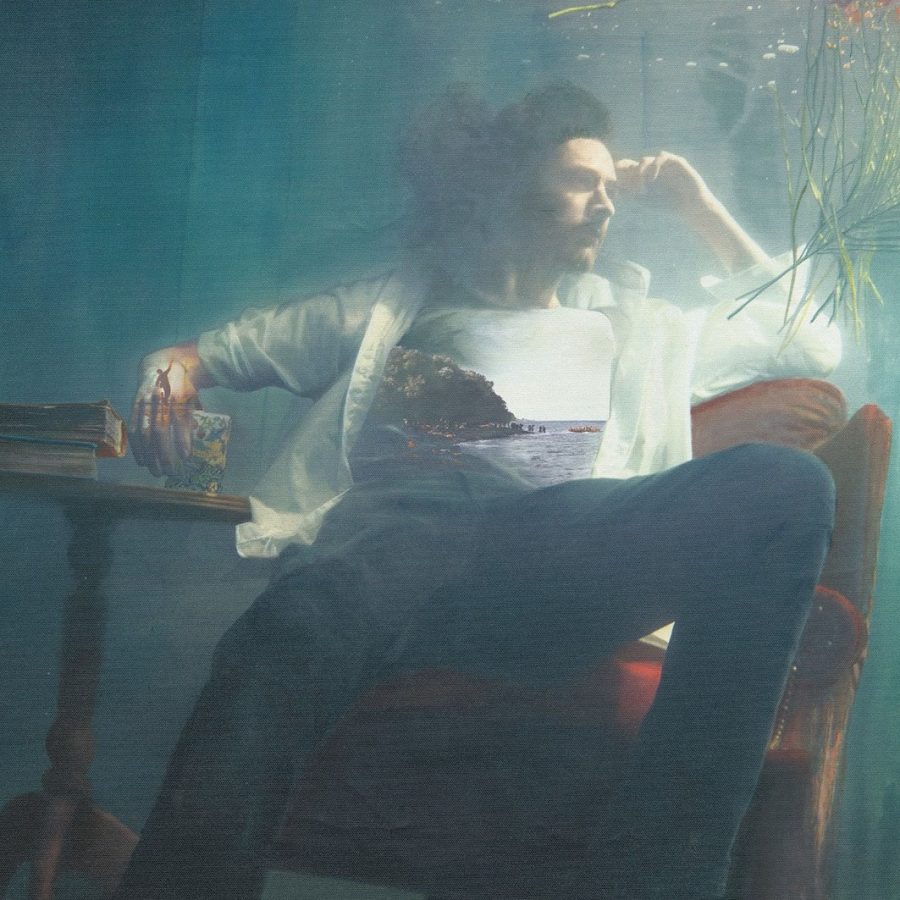 Throughout his new album, Hozier combines horrific imagery with catchy beats to create an album filled with upbeat songs and personal reflections.

In 2013, Hozier’s “Take Me to Church” blew up, and the singer became an international star. He followed up with a self-titled album that went platinum several times over and a tour. Ever since, fans have been begging the alternative/indie artist to drop new music. Hozier’s much anticipated second album was released on March 1.

Hozier’s second album is called “Wasteland, Baby!” The album cover is a submerged Hozier lounging in a chair holding a glass and surrounded by floating books and flowers. This correlates with the way Hozier plays with imagery of horrific events like sea levels rising and the end of the world, coupling them with catchy tunes in an absurd way throughout the album.

The first song of this album, “Nina Cried Power,” is a celebration of legends throughout history like Marvin Gaye, Billie Holiday and most notably Nina Simone, who the song is named after. This song grabs the listener’s attention – it pulls us in and reminds us that no matter who we are, one of the many legendary musicians mentioned probably means something to the listener. It is a thank-you note to these influencers that, with the music, works to inspire listeners to make a change.

Another song on the album, “Shrike,” is inspired by Irish folk music. Hozier has stated that he does write many folk songs and that most will never be released, so it is a welcome surprise to get this track from him. It is also a look into the writing he does that we do not usually get to listen to.

“Wasteland, Baby!” – the title track – is a love song for the end of the world. Hozier’s thought process with the opening and closing songs of the album was that, “If the album opened with a song about what can be achieved when people stand firm by their values, I think [the song] ‘Wasteland, Baby!’ is just imagining things if all efforts fail and all things come to naught,” Hozier wrote as an editor’s note on Apple Music.

It has been said by some reviewers that this album is nothing unexpected from Hozier. “Wasteland, Baby!” has a mix of upbeat songs and personal reflections. Although it is charming, Hozier is not doing anything exceedingly innovative with this album.

Despite the criticism from some, Hozier’s album has claimed the number one spot on the first week of March’s Irish Album Chart from Official Charts. All loyal listeners can do now is hope he does not wait another few years to release his next album. “Wasteland, Baby!” is now available to purchase and stream.