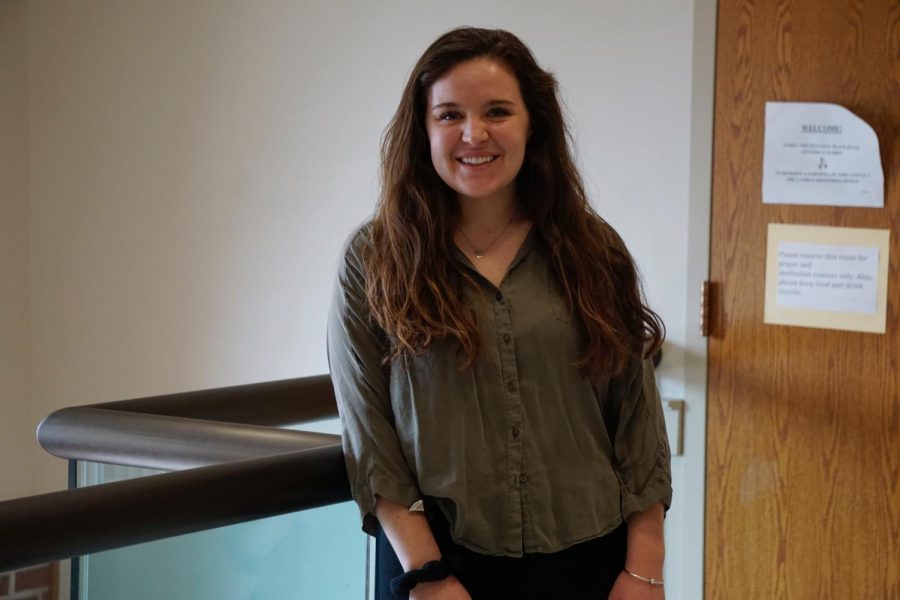 Schultz credits her involvement in the Iona community to joining Greek Life her freshman year.

Clubs and Activities: President of the Council of Greek Governance, Gael Community Ambassador for the Office of Off-Campus and Commuter Services, Networking and Recruitment Chair for IonaTHON, Member of Phi Sigma Sigma Sorority, Member of Colleges Against Cancer

How did you choose Iona?

“I chose Iona because my mom wanted me to go to a Catholic school, but I wanted to come to New York. I wanted to be outside the city so we kind of decided on Iona. I came here and I loved the campus so that’s why I picked it.”

How did you get involved in CGG [Council of Greek Governance]?

“I wanted to get a leadership position…and one of my friends actually encouraged me to do it sophomore year in the spring. So I applied and I…got elected to the position of Service Risk Management Chair and then after that I decided I wanted to be president. I did so much with my old position that it became two positions so I just kind of felt like it was the next thing for me to do. Then I was elected to it.”

How did you choose your major?

What’s your favorite spot on campus?

What is your favorite experience from Iona?

“I think that one of the best experiences at Iona was deciding to join Greek Life because it led me to getting involved in so many different things. Then because of that, it gave me all the leadership positions I have. I wouldn’t be in any of the clubs and activities or doing any of that if I wasn’t in Greek Life, I don’t think. That was probably my best thing.”

How did you get involved in Greek Life?

“I wanted to rush before I even came to Iona and then I decided to do it second semester freshman year. Throughout the process I fell in love with Phi Sig and all the girls, they’re fantastic. They were all so involved, and they were all so nice and friendly and welcoming that I was literally like, ‘I have to be a part of this and get involved and do the stuff that they’re doing.’ Why wouldn’t you want to, you know?”

What does ‘Move the World’ mean to you?

“I think ‘Move the World’ means getting involved and doing things to help other people and trying to make Iona and the community a better place. Just like always trying to be the best person that you can be and help everybody and do the best thing.”

“Not yet. Hopefully I get a job. That’s pretty much it!”

“Just to make the most out of the four years that you have because they go by so fast. Everybody used to say that, and I never believed it but it literally goes by so fast. Spend as much time with your friends, get involved, have fun. This is the only four years you can actually do everything that we’re doing, so might as well.”