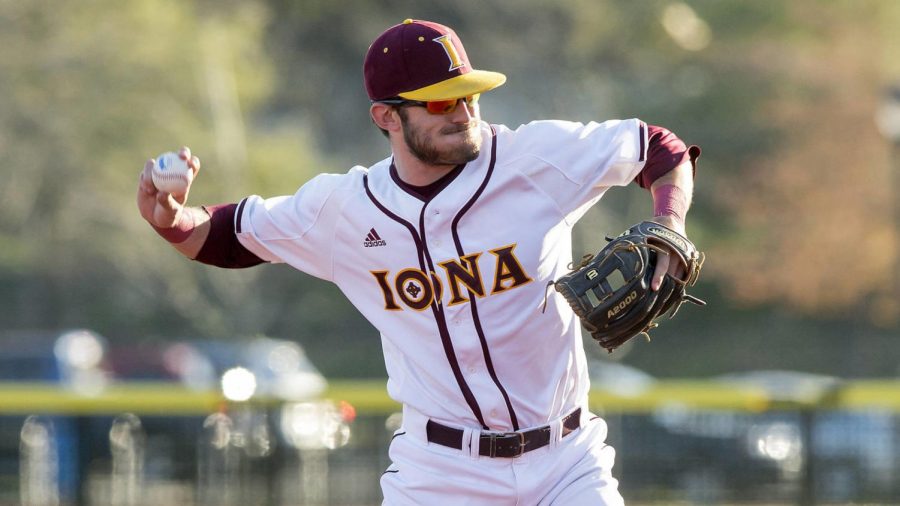 While some coaches may set their sights to the future and curtail reduce their messages towards winning it all at the end of the year, Paul Panik – who is entering his first season as the new Iona Baseball Head Coach – keeps his message to the team much more short-sighted: Win the day, control what you can, and look at everything in ones.

“You can say win a conference championship, but that’s [everyone’s] goal, but some of that is out of our control,” Panik said. “For the guys, keeping their eyes forward and concentrating on one game at a time, one pitch, one day and one inning at a time.”

Panik wants his team to play well enough to win the Metro Atlantic Athletic Conference and make the NCAA Ttournament. However, he wants his team to hold up their end of the bargain – to focus on doing their jobs and control what they can.

“What we have to do is control ourselves, control our emotions and control what we do and what’s in front of us,” Panik said. “Hopefully everything else will take care of itself.”

Panik’s message resonated with his players in the offseason during workouts and training. This allowed the players to get comfortable with their new coach and fellow teammates. To further his Bill Belichick-like message, Panik thinks preparation will be the key.

“They know they have put the time and the work in,” Panik said. “When you do that, you sleep easy at night because you know you are prepared.”

The 2019 roster is made up of a good mix of upperclassmen and underclassmen. Panik has some familiarity with some of the players from his days as the team’s hitting coach in 2017, which he believes has helped them adjust well.

“The upperclassmen have bought in because they have seen it work,” Panik said. “Basically, it’s just continuing to do the things we have done and kind of going back through it to make sure the young guys are on board.”

One thing that is apparent when talking to Panikis that he’s willing to put any player, regardless of age, in a position to succeed. However, he knows he can’t overload some players right away.

“You want to be able to run them out and expect them to be robots, but they’re not,” Panik said. “I’m a guy that the best nine are going to play. We are going to run our best nine out there.”

Sophomore left-handed pitcher Chris Dodrill, who transferred from junior college, is a player Panik holds in high regard. Senior Fran Kinsey is another player Panik thinks will have a big year for the Gaels.

“I expect [Kinsey] to be, putting it politely, he should be an all-conference player for us,” Panik said. “He has looked great, he is where he needs to be and now it’s just about production and results.”

The Gaels travel down to Tennessee from Feb. 15-17 to play a three-game series against East Tennessee State University. From there, Iona will begin the 2019 UNCW Tournament from Feb. 22-24 playing against Marshall in Wilmington, North Carolina on Feb. 22.