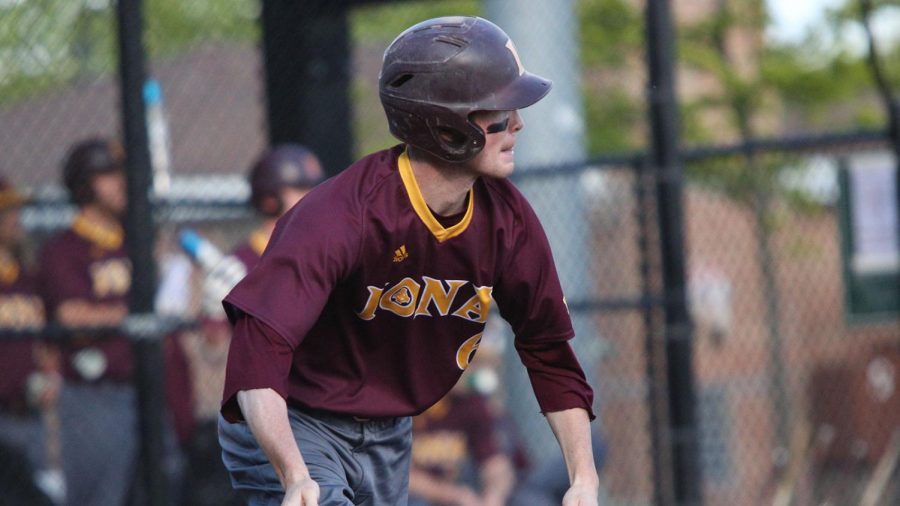 The senior infielder supports a .373 batting average this season.

Iona College senior infielder Sean Scales grew up admiring former MLB All-Star Nomar Garciaparra, who slashed his way to the American League batting title in 2000 when he was with the Boston Red Sox. Scales has done his best trying to mimic his childhood idol as he supports a .373 batting average through 26 games with the Iona baseball team.

The Weymouth, Massachusetts native grew up watching the Boston Red Sox and learning the game from his dad. His love for the sport took off from there.

“This is baseball, anything can happen and that’s why I love this game,” Scales said through an email interview.

Scales’ father has worked with him to get to this point in his career. Scales credits the development of his game to his father and watching Garciaparra.

“I loved watching Nomar growing up and he is one of my favorite shortstops,” Scales said. “But, I try to mold my game after my father because he’s the one that has worked with me my whole life.”

Scales brought his consistent hitting and hard working mentality to the field this season. However, the Gaels have struggled as they support an 8-21 record.  This has no effect on Scales, who just rolls with the ups and downs.

“I’m not a big believer in strengths or challenges,” Scales said.

Scales channels his inner Red Sox grit by ignoring the sound around him and focusing on the job that needs to be done.

“My goals are just to win baseball games,” Scales said. “Just like everybody else on my team.”

While Scales plays it cool, his hot start cannot be ignored. This is something that can be attributed to his clear mind while in the box. Some players will look for a pitch, seek a ball on a specific part of the plate or just flat out guess.

Not Scales. He tries to see what the pitcher is throwing and goes from there.

“I’m just trying to stick to my game and hit the ball hard every at bat,” Scales said. “I always go up there with a plan based off of what kind of pitcher is throwing.”

Of course, in pure baseball fashion, none of this success would be possible without superstitions and routine.

Scales may not be stepping out of the box and fixing his batting gloves after each pitch like Garciaparra, but he still has his own fixes.

“My routine is pretty long as it starts right when I wake up on game day,” Scales said. “But I’d say my biggest superstition is showering before my game.”

Scales showers because he knows one of the keys to playing any sport is looking good.

“You go to look good to play good,” Scales said.

Whatever Scales has been doing is working, and he looks to keep up his torrid pace as the Gaels finish out the season.