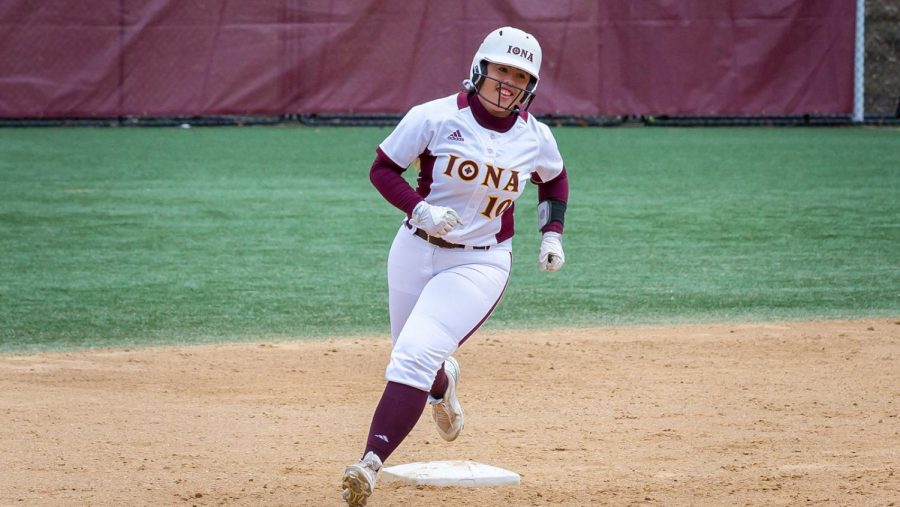 With the season drawing to a close, the Iona College softball team is looking to make a push up the Metro Atlantic Athletic Conference standings. The Gaels currently sit in fourth place with a 17-23 (9-7 MAAC) record.

Head coach Melissa Inouye has described the 2018 season to be up-and-down as the Gaels had a rough first week of preseason tournament play.

“Our first week in South Carolina, you can tell it was our first weekend out,”  Inouye said. “We had a week off then had a really good weekend in D.C. I think it was the first time we ever went 4-0 in a preseason tournament in my time here. We had a really tough time with runners on base when we were in Florida.”

The District Classic, which ran from March 3 to 4, saw the Gaels knock off teams like Howard, Columbia, University of Virginia and University of Maryland, Baltimore County.

Weather has played a big factor in this season. March had unexpected snow storms and cold spills, which caused changes in practice and game schedules.

“It’s typical northeast challenges for softball and baseball teams,” Inouye said. “It’s hard to replicate the game speed and awareness wise when you are inside or on turf. But we try not to make that our excuse and we do the best we can.”

Iona has once again shown pitching is the team’s strong suit. The Gaels’ pitching staff supports a 3.06 ERA, which ranks first in the MAAC. Iona has allowed 103 earned runs while keeping opponents to a .255 batting average.

“Pitching has been our strength for the last few years,” Inouye said. “We definitely have a solid staff of four different pitchers that all compliment each other really well.”

Iona junior pitcher Alana Evans and sophomore Marnie Skinner are two of the top pitchers in the conference. Evans has the second best earned run average in the conference, while Skinner is right behind her with a 2.05 ERA.

“Marnie and Alana has carried us through conference play,” Inouye said. “But anytime [we need more pitchers], [senior] Jessica [Harkness] and [freshman] Samantha Bender are ready to go . It’s too long of a season to rely on one or two kids.”

Even though Iona has one of the best pitching staffs in the MAAC, the Gaels needs to find some consistency at the plate. Iona, with a .213 team batting average, is hoping the offensive spark it is looking for comes at the right time.

“Offensively we haven’t hit our stride yet,” Inouye said. “But I’m hoping it comes at the right time.”