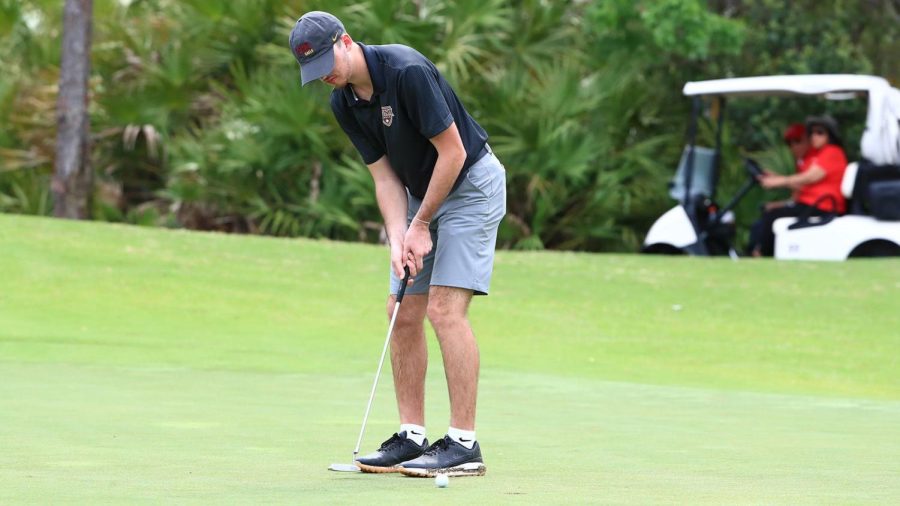 The Gaels have already opened their season at the Doc Gimmler at Bethpage State Park on Long Island.

Gonzalo Arcelay, William Fleck, Parker Smith, Finnigan Davies and Zach Baldwin were the five Gaels who competed for the maroon and gold.

The Gaels finished the first day of competition in 13th place, just four strokes off the top ten, while Arcelay and Baldwin were the pick of the Gaels on the first day, both finishing in the top 35 of the individual leaderboard after the first day.

Iona posted 6-over as a team for the second time in three rounds on the final day of competition which meant they finished 13th overall as a team.

Baldwin was the pick of the Gaels for the tournament as he carded his best round in the final round finishing 69 (-1), including three birdies.

Next up for the Gaels is the Iona-USD Challengers Cup on Sept. 27-29. Iona will be hosting the event at a course yet to be named.

Iona will then play another three tournaments to round out their fall schedule.

The Gaels will play in the University of Connecticut (UCONN) invite for the second year running on Oct. 2-4; last year the team finished in the top 5 at this tournament.

The Gaels will then travel again to Long Beach NY, at the Seawane Club where LIU (Long Island University) will be hosting a two-day event on Oct. 10 and 11.

Finally, the Gaels will round out their fall schedule in a two-day event that will be hosted by Lehigh at the Saucon Valley Country Club in Bethlehem, PA. This final tournament will be hosted on Oct. 21 and 22.

The Gaels have added two freshmen to their roster for this season with Zach Baldwin from Gainesville, Florida, and Connor Henderson, from Durham, Oregon joining the team.

Iona will be looking to bring the Metro Atlantic Athletic Conference (MAAC) title back to New Rochelle, after finishing tied for third in last year’s tournament, having won the previous three titles before last year.