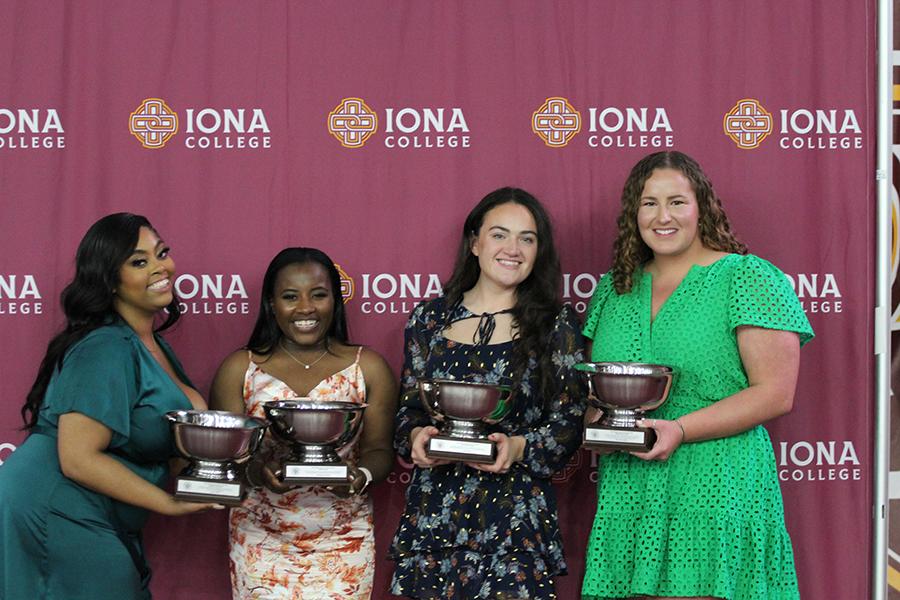 Recipents of commencent awards of the 17th Gael Awards pose for a picture.

What has been affectionately referred to as Iona’s Oscars, the 17th annual Gael Awards returned to a fully in-person setting for the first time since the start of the pandemic on April 25. The award show was held in the Hynes Athletic Center. The invite-only event opened its doors at 5:30 as students rushed from class, where they were able to enjoy some refreshments.

The Pipe Band, the Iona Players, the Iona Dance Team, the Black Student Union Dance Team and the Irish Step Team all performed between awards to much fanfare.

Awards were given to clubs/organizations and individuals who work hard throughout the year and were committed to making the Gael experience more enjoyable.

It was also a break from the stress of the final weeks of classes. Though it was a Monday, students were able to enjoy each other’s company. After the awards ceremony concluded, many stood in line to take photos at the photobooth with fellow members of their organizations and friends.