The Iona track and field team traveled to Boston to compete in the John Thomas Terrier Classic on Jan. 13. 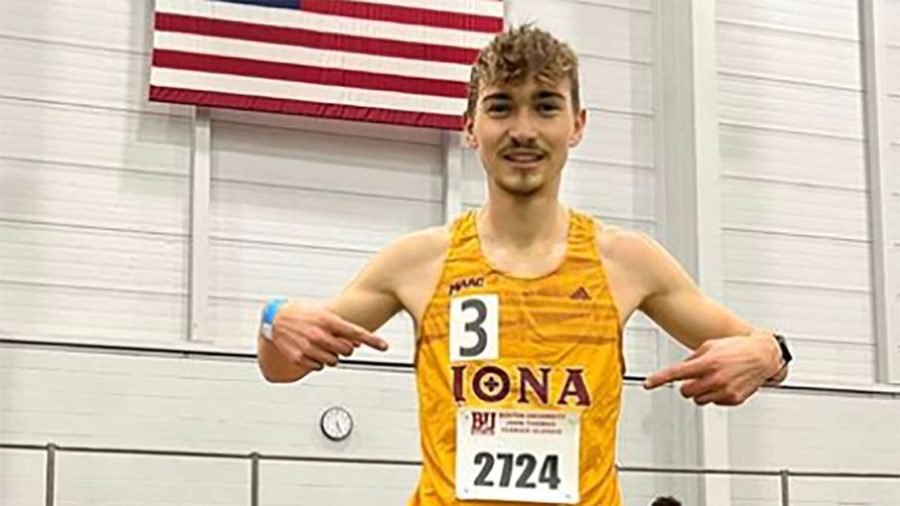 This season marks the Gaels’ first indoor season since 2020.

Iona had one runner make his debut for the Gaels as well as five runners posting personal best times. All five Gael runners finished with Intercollegiate Association of Amateur Athletes of America qualifying times in this year’s meet.

Graduate student Mael Gouyette performed in the one-mile race. Gouyette, a native of Angers, France, made his Iona debut running the second fastest time from a NCAA Division I athlete in the event, clocking in at 4:00.07.

He was seven one-hundredths of a second shy of breaking the four-minute mile mark. Gouyette finished eighth in his heat.

Senior Jonathan DeSouza was the second fastest Gael in the mile event as he posted a time of 4:02.69. Jonathan’s brother Joshua, who is also a senior, ran a 4:05.48. They finished fourth and seventh in their heats respectively with both brothers posting personal bests as well.

This meet marks the fifth one on the 2021-2022 indoor track season for the Gaels. The teams first two meets came on Dec. 4 at the Bill Ward Invitational as well as the Sharon Colyear-Danville Season Opener.

The Gaels were on break for a month as their next meet was on Jan. 15 at the Lions Indoor Invitational. Six days later Iona was competing at the Ramapo Opener where they finished in fourth place out of nineteen teams.

Next up, the Gaels will get set to head to Boston for the David Hemery Valentine Invitational on Feb. 11 and 12. Iona will then get set to compete in the Metro Atlantic Athletic Conference Indoor Championships on Feb. 19 and 20.

After the MAAC Championships, the Gaels will run at the Boston University Last Chance Meet on Feb. 27 before taking part in the IC4A Championships, which will take place at Boston on March 5 and 6.