What are the names of the infinity stones? CSA hosts ‘kommuter Kahoot’ 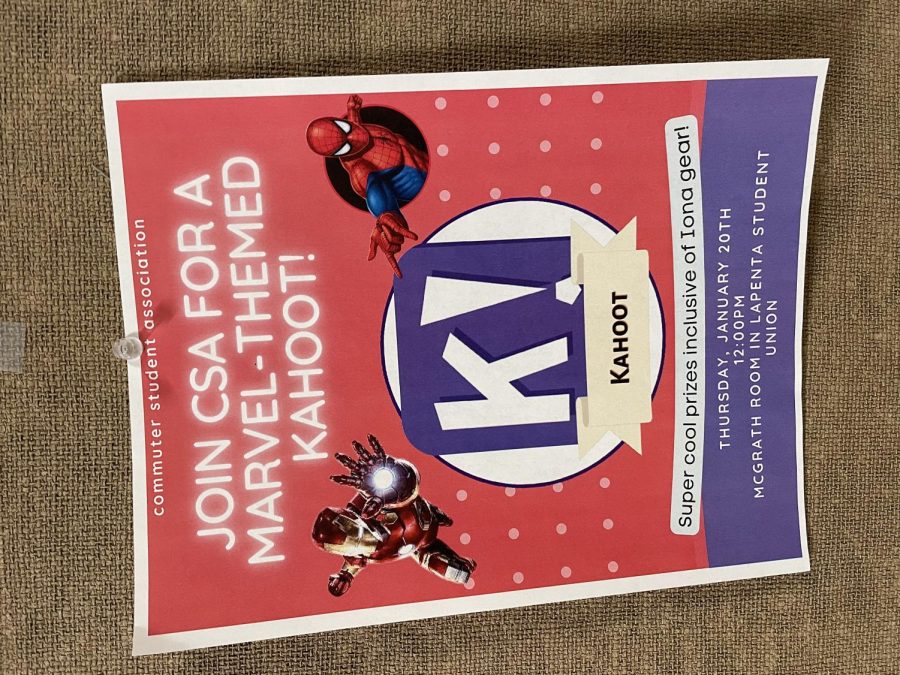 Students gathered at McGrath to test their Marvel knowledge, escape the snow and catch up with friends. The event was held by the Commuter Student Association. Prizes were given to those who placed in the top three. Hoodies and beanies were won by those who outsmarted their peers. Three rounds of Kahoot were played in the hour provided. The first two games tested players on their general knowledge of the Marvel Cinematic Universe. Questions ranged from ones about the Avengers to ones about who created the iconic characters. The final round of Kahoot asked Gaels if they remembered the ‘Spider-Man’ movies well enough. This round in particular was harder than expected as between the span of the last twenty years, nine Spider-Man movies have been released, with the newest one still in theaters.

Sometimes players were left confused, such as when Wolverine was included in one of the answers or why they were asking what happened at the end of ‘Age of Ultron.’ They quickly realized that some of these games were made before ‘Avengers: Endgame’ and the acquisition of the MCU by Disney. Regardless, Gaels had fun ignoring the flaws of the game. At the end of third round, the students clapped for the winners, and they were gifted their merch. Overall, those who joined learned valuable information that will help them in their future endeavors such as remembering the 576 web shooter combinations that Spider-Man has.