Track and field kicks off indoor season with two meets 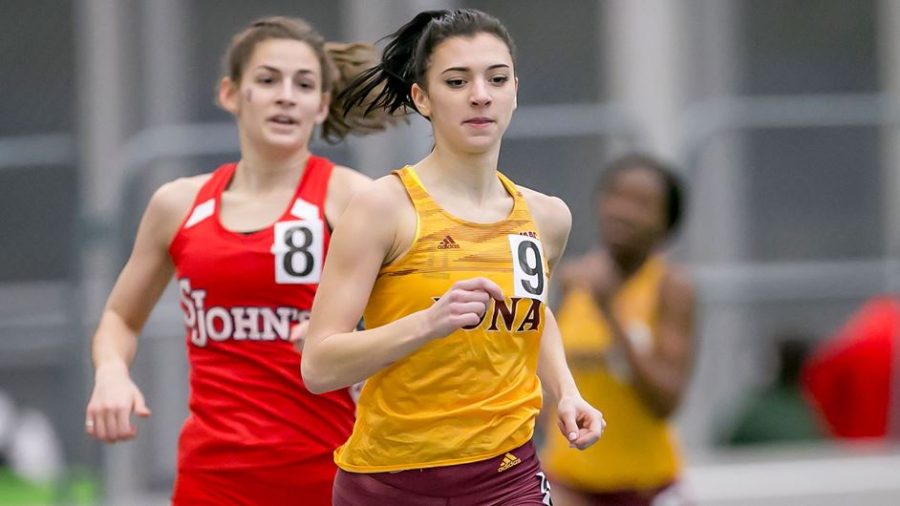 The Iona track and field team got their indoor season underway this past weekend, competing in both the Sharon Colyear-Danville Season Opener at Boston University and the Bill Ward Invitational at the Ocean Breeze Athletic Complex in Staten Island, New York.

Ehab El-Sandali, who’s coming off an All-American performance in the 2021 cross country season and a 25th place finish at the NCAA XC Championship race, led the way for the Gaels in the 5k.

El-Sandali finished in 11th place overall in the event with a time of 13:28.79, the second fastest 5k time in school history. The graduate student competed against a mix of college and professional runners in the heat.

Other notable performances from the Iona squad included junior Nick Soldevere’s 10th place finish in the 3,000-meter event with a time of 8:09.57. Soldevere made his track and field debut in the race.

Senior Jonathan DeSouza put in a personal record in the 5k as well at 13:54.53, finishing 34th overall.

The other side of the Iona team finished in the top 10 in five of the six events that the Gaels were entered in at the Bill Ward Invitational.

Sophomore Jordan Providence headed up this effort with a first-place finish in the 60-meter sprint. He crossed the line with a time of 6.85. Junior Jadyn Tabois clocked in only 0.2 seconds behind Providence, earning him seventh place.

Tabois also placed fifth in the 300-meter event, while Providence was able to nearly grab another victory in the 200-meter, finishing just 0.42 seconds behind Georgetown’s Joshua Paige. Graduate student Kevin Fullerton rounded out the top three with a 22.49 time.

The team will have a long layoff over the holiday season until they prepare for their next race at the Penn 8 Team Select back at Ocean Breeze on Jan. 15.