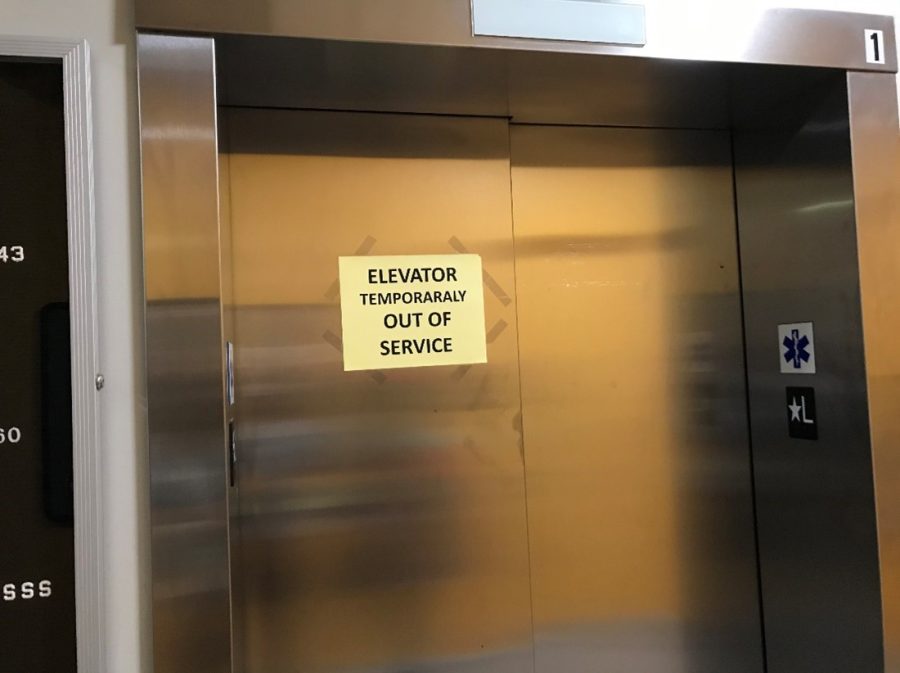 Reminders of the Sept. 1 flood can still be found in the North elevators.

North Avenue Residence Hall – simply known as “North” – is still facing the effects from the remnants of Hurricane Ida, which hit New Rochelle on the evening of Sept. 1.

North – the newest residence hall on campus – was one of the hardest hit buildings at Iona during the hurricane. A total of 13 feet of floodwater accumulated in the basement of the building, causing significant damage to machinery housed there. Residents were forced to evacuate North until Sept. 6, either choosing to return home or moving to temporary housing on the Bronxville campus.

When students returned to the residence hall, there were three main problems. There was no air conditioning, both elevators were not functioning and the ID scanner at the entrance was broken. In a Sept. 10 email from Paul Angelucci, the residence hall director for North, students were informed that the facilities team was “work[ing] tirelessly to remedy these issues to make the North Ave Residence Hall as close to normal as possible.” However, Director of Residential Life Aaron Harman explained that there was no timetable for any of the issues to be resolved because many of the parts needed to fix the machinery were on back order.

“As many know, because of the COVID-19 pandemic there is a supply shortage and parts for things such as elevators, sensor systems and more,” Harman said in an email interview. “These types of items are not exempt from the shortage. This has been the hardest challenge as it does not allow for as quick of a turnaround that would be had there not been a supply shortage.”

The lack of A/C proved to be uncomfortable for residents throughout September and early October. Students were provided two box fans per suite. They were also advised to keep blinds closed to minimize heat from the sun and windows open to maximize airflow. The A/C in the hallways and lounges of the buildings still worked at this time, so many students would leave their room to cool down.

“The most frustrating part of the aftermath of the flood was waiting a long period of time to receive fans to prevent the rooms from being in the 80-degree range,” junior Rachelle Lacroix said.

To remedy the broken ID scanner at the main entrance of the building, residents received keys for the main doors. 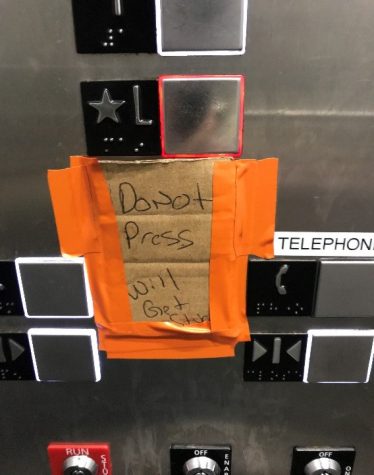 Within the past month, there have been several updates to the problems at North Hall. On Oct. 15, North residents were given news that one of the two elevators was back up and running. A maximum of six riders is allowed on the recently fixed elevator in order to alleviate stress as much as possible. All floors are accessible from the elevator except the basement. The button for the basement is taped off with a warning that the elevator will get stuck if it is pressed. On Oct. 28, students received news that the ID scanner was functioning again. Although the AC did not work during the hotter months, on Nov. 3 the heating was turned on to keep students warm during the drop in temperature.

Some students claim they felt uninformed about the occurrences in North Hall.

“They were never clear about exactly what happened that night [of the flood],” junior Ram Sawh said. “We all just came to the conclusion from our experiences that the elevator caught fire. The elevators themselves…we never got a clear date on that or the AC when we needed it.”

“The Office of Residential Life communicated to the students any updates as we received them; there were times when there were no updates,” Harman said. “As opposed to sending updates that had no new information, we waited until we had critical updates to share.”

Despite some promising developments, the one working elevator in North has proven to be inconsistent, at one point breaking down several times a week since the announcement that it was working again.

“The elevator is doing double duty because the second elevator is still down which means it is doing twice the work,” Harman said. “This accounts for why it would go down more often. Each time it goes down however, the appropriate parties are notified and it gets restored as soon as possible.”

Some students believe they should get reimbursed for the problems with North after the flood.

“I wish there would have been some type of reimbursement offered for the prolonged, decreased value of the residence hall resulting from the flood,” Lacroix said.

When asked if there is any plan for financial reimbursement for residents of North, Harman said there is no plan at this time.