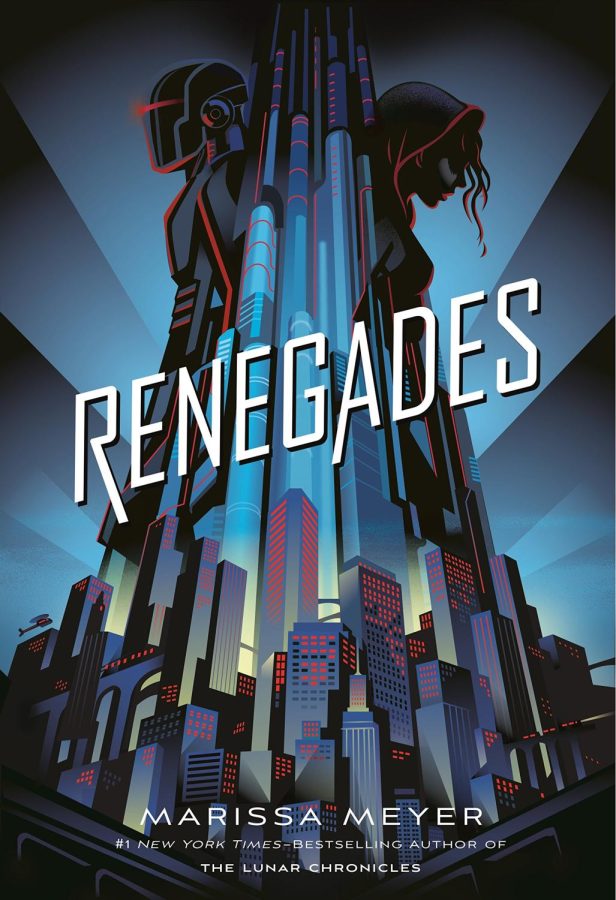 Renegades is a thrilling adventure that makes for a great read for any superhero fan.

With every other movie coming out being a blockbuster Marvel movie, here comes the perfect superhero fantasy story to hit the top of your TBR (to be read) list. “Renegades” by Marissa Meyer follows a sprawling group of heroes blessed with extraordinary abilities that emerged from the ruins of a crumbling society with the goal of establishing lasting peace in a chaotic and dangerous world. As the emblems of justice and classic heroism, the Renegades remain a beacon of hope for the world they are leading into a brighter future, except for the league of evildoers they once overthrew.

With her own personal reasons to hate the Renegades, Nova is determined to infiltrate the Renegades HQ and bring down the system from within, restoring the chaos and havoc that her fellow villains thrived on for so long. But the longer she stays in enemy territory, the more she lets her walls down, and the closer she becomes to Adrian, a Renegade boy with an unwavering belief in justice – and in Nova. As lines become blurred and friendships are made, Nova must decide what’s more important: her mission, or saving the people she has spent so long hating.

For fans of “Vicious” by V.E. Schwab and any of the Marvel superhero movies, this book is full of action and adventure with an assortment of fun, diverse characters that make you laugh and fan over their unique abilities. Nova is the classic anti–hero, angry at the world and nursing a grudge against the heroes who destroyed the anarchy she and her fellow villains spent years culminating. We always associate the heroes as the “good guys” who can do no wrong and rely on them to make all the bad things go away, but Nova challenges the roles of these Renegades. Why should we place all our blinding faith in the hands of these heroes when we can bring about change all on our own? Nova desires a world where average, everyday people have just as much power as the larger-than-life heroes who chase bad guys and fight crime. She looks out for the little guy and maintains all that snarky, edgy attitude I grew to love her for. Watching her interact with Adrian, who is valiant to a fault and always does the right thing, was a comical dynamic that made me smile as Nova’s negative attitude kept buffering against his steadfast optimism.

Although there is clearly an influx of superhero content being flooded through movies and television, the superhero genre in literature is definitely something I felt has been lacking. Other than the standard comic books, there aren’t many books with a superhero narrative out there and that’s why reading this book felt like a breath of fresh air. With characters that are relatable and a stream of superpowers ranging from invulnerability to making origami figures come to life, I found myself enthralled in the world of the Renegades, rooting for heroes and villains alike. All three books in the trilogy are out now, and with the winter break coming up it’s the perfect time for a superhero book marathon.