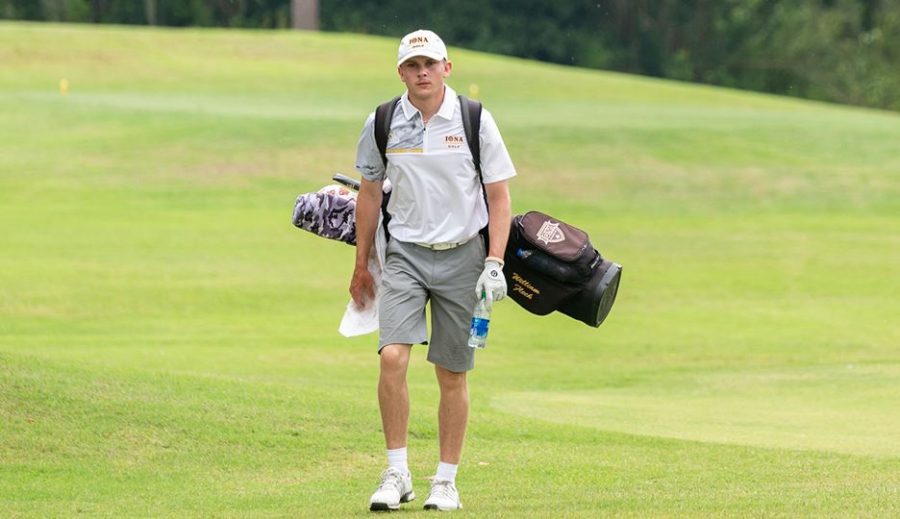 The fourth-place finish marked only the fourth time the team has finished in the top half in a match this season.

The Gaels golf team competed in their last tournament of the season this past week at the 2021 Nassau Invitational finishing fourth out of the eight teams at Glen Cove, NY on Oct. 25.

Iona competed against Long Island University, St. John’s, Saint Peter’s, Manhattan, Hofstra, Farleigh Dickinson and La Salle during the invitational that was supposed to be held over two-days, but day two was cancelled after heavy rain.

Justin Burkhamer, a graduate student who has numerous Metro Atlantic Athletic Conference golfing accomplishments, had Iona’s best round of the tournament after posting a +2 in round two. Sophomore Brandon Burkhamer was Iona’s top performer after round one potting three birdies competing as an individual.

Will Fleck, like most of the members of the team at Nassau, got better as the rounds went on. He finished round two three strokes better than round one. The only Gael who swung better in the first round than the second was Kritsarin Oukosavanna, who put up a +10 on the day as he wrapped up his senior season.

Fleck, a junior who has been on the team for two MAAC championships, knows what it’s like to win and knows that the Gaels can go back to their winning ways.

“This was a good learning experience for the team,” Fleck said. “We didn’t perform our best, but we gained a clear view of what we need to work on and accomplish to prepare for the spring season and another MAAC championship.”

The Gaels were only seven strokes behind the leading team. Iona still had a shot at winning the whole tournament if the 54-hole second day wasn’t cancelled.

This will be the first time in four years that the MAAC will be won by another golf team that is not Iona College. After an impressive three straight MAAC Championships, the Gaels will look to win their fourth championship in five years.

With many of the golfers from this year’s team returning next year, the Gaels will surely be motivated to add another one to the trophy case and look to rebound from a disappointing 2021 season.