Netflix’s “You” thrills with third season filled with betrayal 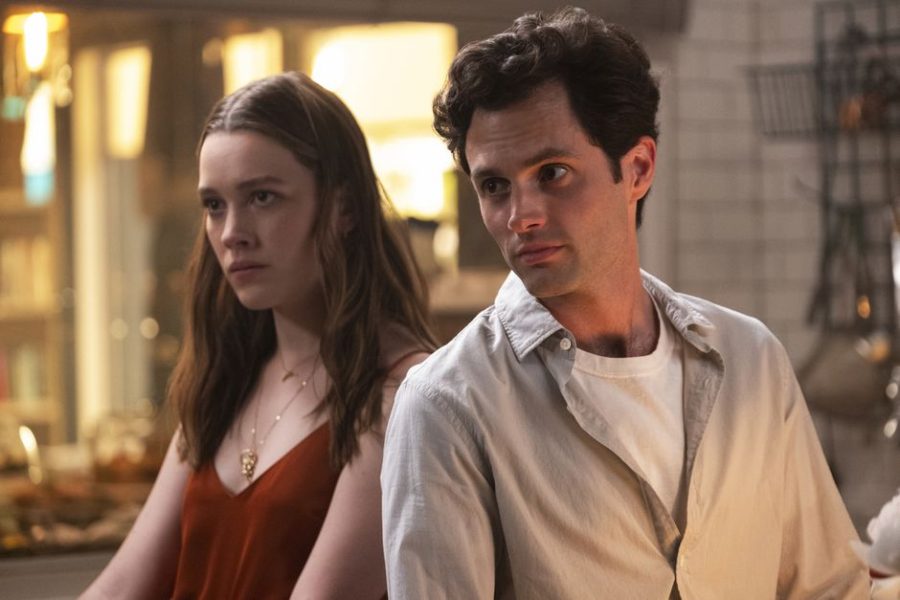 “You,” Netflix’s hit thriller show, released its third season on Oct. 15 and has been the talk of television since. The transition from season one to season two introduced the audience to a  new love interest for protagonist Joe Goldberg. However, season three features the same love interest as season two with the “lucky” lady being Love Quinn. The question as to whether Joe will finally settle down in a relationship and not have eyes for anyone else is one that audiences were eager to find out the answer to. A quick warning: the rest of this article will have spoilers ahead, including the answer to the previous question.

The question as to whether Joe can settle down for a woman was partially answered early on in season three. Joe meets Natalie, his new neighbor, and they quickly hit it off. The two kiss after Natalie invites Joe over for a wine night, but Joe has second thoughts about the situation and goes back to Love. It’s nice to see Joe stick with Love especially since the two have a newborn son, Henry.  Joe realizes that he loves Love which gives hope for the future of their relationship, that is, until the end of the first episode where Love then kills Natalie under suspicion that Joe was in love with her.

The first episode alone managed to hit the two key themes in the previous two seasons: love and murder. Love Quinn will not leave Joe even if she feels as though she’s been wronged. She will kill anyone who tries to get in their way. It appears that if the relationship were to fail, it would fall on Joe and his struggles with staying loyal. That turns out to not be the case as Love winds up cheating on Joe with Natalie’s stepson, Theo, with Joe having no idea.

As the season progresses, Joe has his eyes on his boss Marienne, and eventually realizes that he wants out of the relationship with Love. Joe understands that their love language is violence, and he covers up the mess she creates numerous times. Love brings the worst out in Joe, and in the end, he wants to take Henry and be with Marienne. Under suspicion that Joe is in love with Marienne, Love plans on killing her as well as Joe but winds up  doing neither. Joe outsmarts Love, and kills her while surviving her attempt to poison him. That’s the end of Love’s story and confirms that Joe will have a new lover in the next season.

Joe hopes his next love will be Marienne as he leaves the town to follow her after she took Love’s advice in telling her to leave. As for Henry, Joe decided to give him up to Dante and Lansing, a couple who wanted to have a child. That’s the happiest ending for any character and is the right way to give Henry up. Dante is a friend of Joe’s who was babysitting Henry whenever he was called upon. Joe ultimately decided that Dante would give Henry a better life than he could.

As for Joe’s story, he might not even be himself as after killing Love since he made it seem like she killed him and then herself which would mean that Joe is “dead.” At the end of the last episode, it is revealed that Joe changed his name to Nick as he starts his new life in Paris.

Netflix confirmed that there will be a fourth season with fans speculating it will release in 2022, although it is not known if it will be the last season. Regardless, fans are excited to see where “You” goes from here.