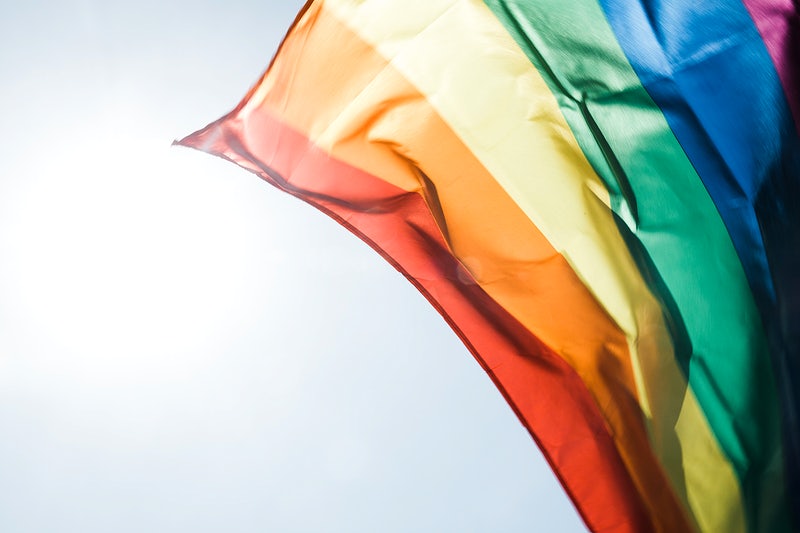 Residential Life and the Student Life Diversity Community held a series on events in tribute on National Coming Out Week.

National Coming Out Week honors those who have come out, those who are closeted and allies who offer support.

Throughout the course of week, Gaels learned LGBTQ+ history and real testimonies of the importance of support and safe spaces. Gaels were able to stop by LaPenta Student Union all week to take the Ally Pledge and sign a banner showing their support. This activity promotes solidarity between the LGBTQ+ community and their allies.

To kick off the week, on Oct. 11 – National Coming Out Day – there was a screening at the North Hall 6th floor lounge of three episodes of the documentary “Visible: Out on Television.” The documentary miniseries details the experiences of the LGBTQ+ community both on and off camera throughout the years. Each episode had a theme, with the first three being the Dark Ages, Television as the Tool and the Epidemic. The episodes also provide a chronological recounting of when characters were queer coded as villainous and treacherous to the gradual transition for the fight of good representation.

On Oct.12 and Oct.14, at the End Zone, there was Safe Zone Training. It was an opportunity for Gaels to learn about LGBTQIA+ identities, gender and sexuality. It also encouraged students to examine prejudice, assumptions and privilege. Gaels who had questions about LGBT+ issues were not afraid to feel judged, accomplishing Safe Zone Training mission of acceptance.

The movie “Boy Erased” was shown on Oct. 12 under the Gingko Tree. The film is based on a memoir by the same name. Lucas Hedges stars as Jared Eamons, whose Baptist parents forced him to attend conversion therapy. “Boy Erased” showcases how harmful conversion therapy is and emphasizes the importance of acceptance.

On Oct. 13, bingo was hosted by celebrity quest Brita, who appeared on Season 12 of “RuPaul’s Drag Race.” Brita is the first drag queen in Iona’s history to host an event. Gaels were able to take pictures and win cool prizes.

Finally, on Oct. 15 the Office of Residential Life held the LGBTQIA+ Courtyard Bash. The Residence Hall Courtyard was full of fall fun with activities, music and cookies. The Courtyard Bash was the perfect opportunity for Gaels to destress. It is very important to remember that there is time to be educated and other times to enjoy oneself with friends.

Elizabeth Kiernan, a junior and an e-board member of the Queer Straight Alliance, finds a special significance in National Coming Out Week.

“I think National Coming Out Week is so important,” said Kiernan. “It allows people to show their true selves and know that they have a safe space here.”