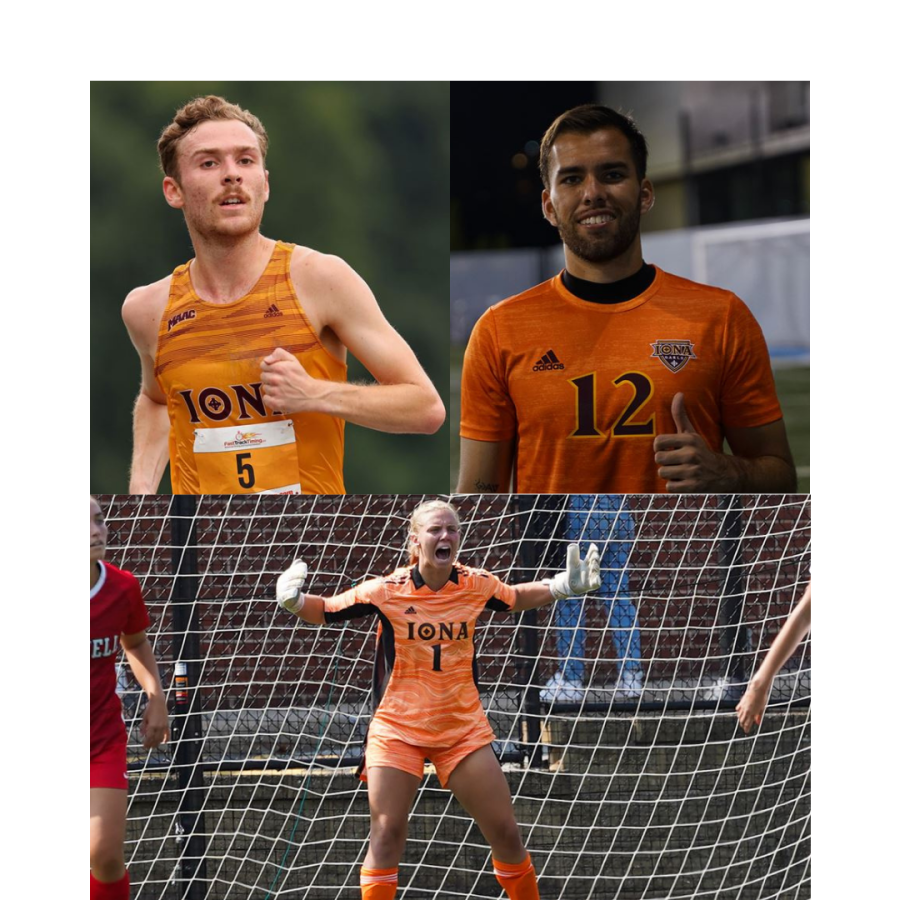 Alfaro Monge was the first Iona men’s player to win the award since Juan Alcantara in 2017.

The goalkeepers on both the men’s and women’s soccer team propelled their respective teams to victories to close out the month of September, with Havrilla and Alfaro Monge both earning shutouts in the net.

Havrilla, in her fourth season with the women’s team, stopped 5 shots on goal to protect a slim 1-0 Gaels lead against Canisius and give the team their second shutout of the year.

While Havrilla alone earned conference recognition for her performance in goal, the senior from Northport praised her teammates that were playing in front of her.

“I have to give credit to my teammates, and especially my back line,” Havrilla said. “They have been playing so great and so consistent all season long. If I could share this award, I would share it with them.”

The recent award marks the third time in Havrilla’s career that she has been designated as MAAC Defensive Player of the Week. The first two came in her freshman year, a season that saw her start 17 out of 18 games and collect the third-most saves in the conference.

Alfaro Monge put in an equally notable performance for the men’s side at Columbia. He also made 5 saves in his first-career start, and similar to the women’s match, he kept the Lions off the score sheet en route to a 1-0 Gaels win.

The freshman was tested early, with Columbia putting two shots on goal within the first four minutes of the match, but Alfaro showed poise in the net and made the plays. This performance marked the first MAAC award for the Costa Rica-born player, someone who has played on multiple national teams for his home country. Alfaro Monge will have more chances to show opposing teams his skills as the team goes through the final stretch of their regular-season schedule.

Iona cross country didn’t miss out on the fun, as Wellington was named as the best runner of the week by the conference. The award comes on the heels of his first-place finish in the Br. John “Paddy” Doyle Meet of Champions that he ran back on Sept. 17.

Wellington outpaced John Hopkins’ top runner by five seconds and crossed the line with a time of 25:18.7 in the men’s 8K. This performance gave Wellington his first MAAC Runner of the Week nod.