Choosing a Halloween costume doesn’t need to be scary 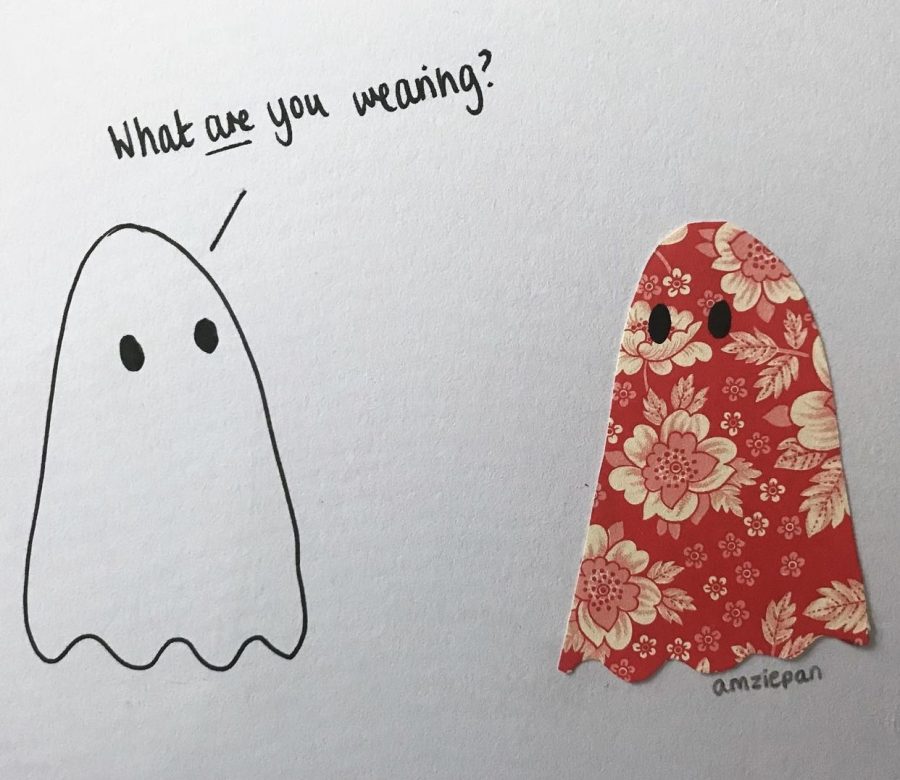 Creating a perfect Halloween costume from thrifted clothes or items you already own can make it easier and even more fun.

Finding the perfect Halloween costume comes with a lot of pressure. Do you go with a classic that everyone recognizes? Do you think outside of the box and find a quirky outfit? How do you possibly organize a group costume? And of course, you can’t forget the problem of cost. As the holiday quickly approaches, it’s best to jump ahead of the pressure before it mounts too high.

Specialty stores such as Spirit Halloween are full of elaborate costumes, props and other supplies to impress your friends. Whatever costume you’re looking for, there is a good chance that Spirit Halloween will have it. If you’re looking to dress up as something that requires a lot of extra materials or special details, such as a stormtrooper from “Star Wars” or a Roman gladiator, buying a costume is probably the best way to go. In addition to Spirit Halloween, stores such as Target, Walmart and Party City are also good places to check out your options.

The only downside to buying a costume is the cost. Halloween costumes can be fairly pricey, especially as they become more intricate. For college students, the best choice is often fashioning your own costume. Search at local thrift stores for cheap additions to your outfit or even take a look around your own house or dorm.

Not every costume has to be complicated. Senior Danny Riordan doesn’t worry too much about his costumes.

Many students have found costume success in past years by crafting their own wardrobes. Junior Danielle Casapulla went an admittedly traditional route, but still pulled off a great look.

“My costume last year was a boxer, which was horribly basic,” Casapulla said. “I wore a sports bra, spandex and a silk robe.”

Senior Joey Dellabate was able to dress up as a Disney character without the help of a costume store.

“I made a fun costume that was inspired from the movie ‘Coco,’” Dellabate said. “I was the character Miguel.”

Dellabate wore jeans, a white tank top and a red zip-up sweatshirt. Then the only ingredients left were a mini ukulele and some face paint to make his face look like a skeleton as seen in Día de los Muertos celebrations.

If you want to stand out at your next Halloween party, try to find a costume based exclusively on pop culture references from this past year. Wear a heavy gray parka, knit mittens and a disposable facemask and you’ll look just like Bernie Sanders at the Presidential Inauguration. Remember to bring a folding chair to the party as well. Another popular figure this year was Bo Burnham after the release of his new special “Inside.” To copy one look from the special, wear a striped shirt, a headset and a sock on your hand to explain the demonstrably false and pedagogically classist narratives taught in history class to your fellow partygoers. Or, if you’re looking for a costume that will really get the kids talking, wear an oversized blazer, a button-down shirt and round tortoise shell glasses and be Fran Lebowitz.

Finding the perfect Halloween costume can be a difficult task, but with the right amount of ingenuity, cultural relevancy and confidence, you’ll have a great look in no time.