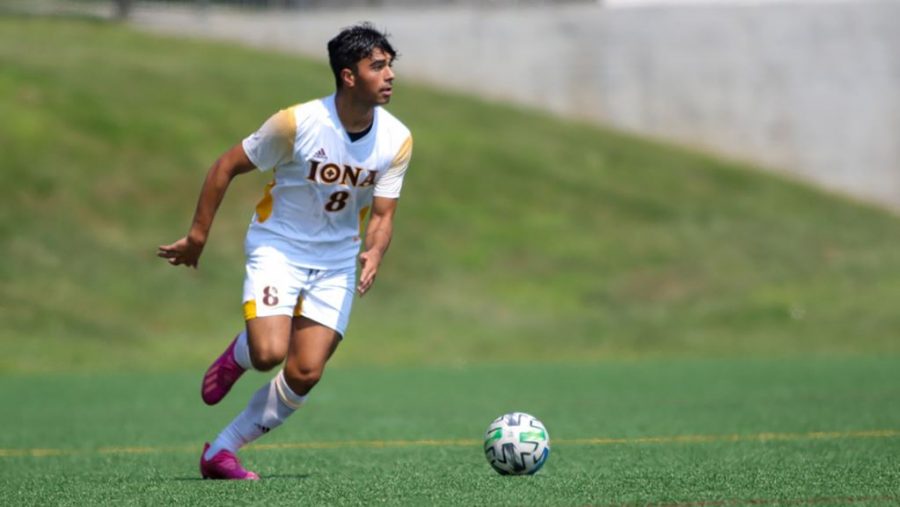 The Gaels have been outshot 51-23 over their three-game losing streak in non-conference play.

The Iona men’s soccer team’s new season began with a 2-0 loss to the Vermont Catamounts at Mazzella Field on Aug. 26.

Goals on each side of the halfway point by Vermont spelled defeat for the Gaels in their first match of the season. Nacho Lerech opened the scoring for the Catamounts in the 21st minute before Matt Nagy put the game to bed in the 66th minute to sink the Gaels.

Shots were the key factor in the Gaels’ loss, the Catamounts had 17 compared to the Gaels’ nine; this will be an area the Gaels will hope to improve upon in their upcoming matches.

The Gaels also only had two corner kicks compared to the Catamounts’ six, another area which cost them during the game.

One area in which the Gaels succeeded was limiting the number of fouls they made on the opposition. The Gaels made 12 fouls in the match while also drawing 19 from their opponents, meaning they had several set piece opportunities to try and score goals.

Juniors Alessio Hernandez and Camil Azzam Ruiz were the game leaders for the Gaels in terms of shots with both having two apiece. Their shots as well as shots on targets were both game highs for the Gaels.

Freshmen Zach Nelson started in net for the Gaels. Nelson made four saves for the Gaels on his debut for Iona.

The Gaels’ roster for the new season includes three transfer players and five freshmen. Head Coach James Hamilton’s team of returning players and new faces will need to become accustomed to each other over the upcoming weeks so that the Gaels can be competitive in the Metro Atlantic Athletic Conference tournament this season.

The Gaels seek to improve on their last season in the spring where they were knocked out at the quarterfinals stage of the MAAC tournament losing 4-1 to Rider. To do this the Gaels will look to get a better seed in the regular season where they finished seventh last time out.

The Gaels will then return to Mazzella Field from a two-game road trip on Sept. 11 where they will host Holy Cross.

MAAC conference play will begin for the Gaels on Sept. 29 against Manhattan at Gaelic Park.