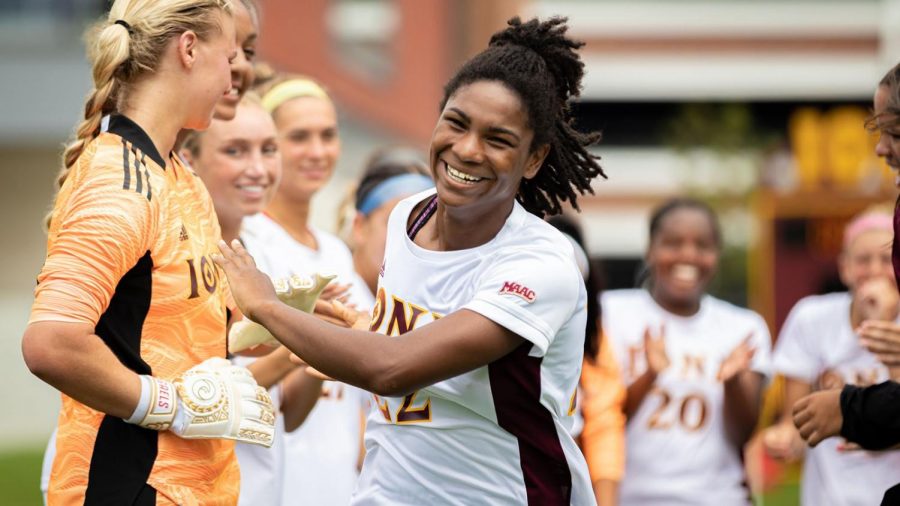 Lewis led her high school squad with 10 goals and 8 assists in 12 games as a senior.

The freshman forward’s scoring outburst came at a crucial point for the Gaels, as she notched both of her goals within the 59th minute of the contest.

Lewis, who only played 37 minutes against VMI, capitalized on a pass from sophomore forward Graceann Murphy with Iona down 3-2 for her first career collegiate goal that tied the game at 3. Iona’s offense quickly got down the field on the following possession, and Murphy found Lewis again, this time for what proved to be the game-winning goal.

Lewis’ performance came in the second start and third game total of her college career. She has already received extended playing time early in the season as she was on the pitch for 64 and 55 minutes respectively in her first two games.

She becomes the second Iona women’s soccer player to be named MAAC Rookie of the Week since the award’s conception in 2016. Senior forward Faith Preziosi, who notched the honor three times during her freshman campaign in 2018, is the only other Gael to receive the mention.

Lewis graduated from Haddam-Killingworth High School in her hometown of Higganum, Connecticut, where she ran track and field and played soccer. She received 2 All- State honors for soccer and All-American honors for track and field.