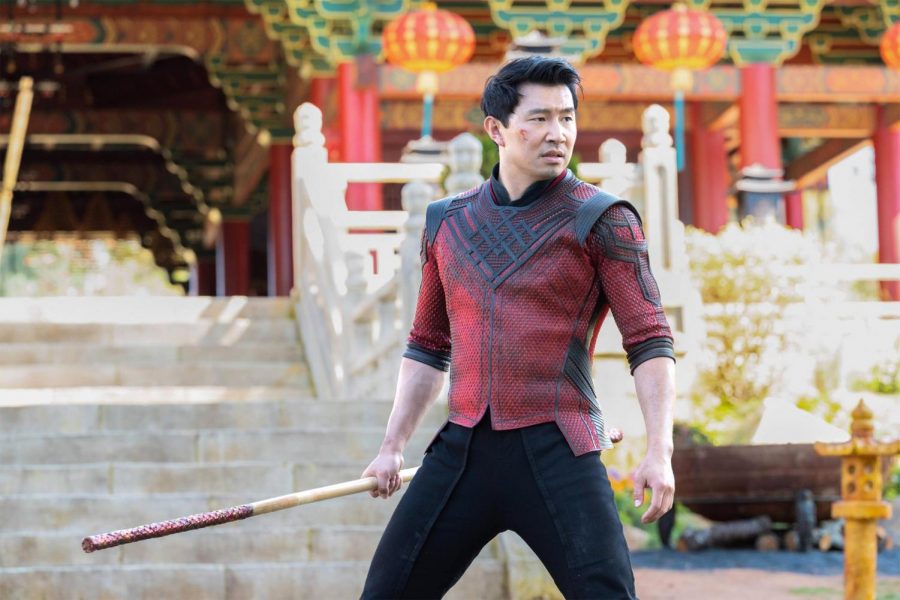 “Shang-Chi and the Legend of the Ten Rings” is not only the first Marvel film introducing a brand-new character after “Endgame” (2019), but also the first Asian-led superhero film in the MCU. The action-packed adventure helps establish the newest addition to the Avengers lineup while also giving a spotlight for Asian representation in a blockbuster film.

The film follows Shang-Chi (Simu Liu) and his lifelong friend Katy (Awkwafina) working and living life day by day without putting much thought into their future. Shang-Chi’s past soon catches up to him when his father and head of a criminal organization, Mandarin (Tony Leung Chiu-wai) sends a group to attack him in public. The two then go on a journey to search for answers towards Mandarin’s plans while uncovering more of Shang-Chi and his family’s past along the way.

The film immediately helps establish a connection to Shang-Chi by highlighting his relatability through his friendship with Katy. Both characters play off of each other well with their charming personalities, and as more of Shang-Chi’s true nature and past come to light over the course of the film, the way they work through their hardships and support each other feels genuine.

“Shang-Chi” heavily focuses on the themes of family and the film does a great job at highlighting how complicated family matters aren’t always easily solvable. Not every family may have issues involving terrorist organizations and magical rings passed down through history, but, despite the fantastical scenario, the film showcases how broken a family can become. While it isn’t easy or always possible to repair bonds, you can’t ignore how much family has an impact on your life, and the film’s message of how you can use those hard experiences to shape yourself into a better person is poignant and well-told throughout the entire film. Seeing Shang-Chi learn this and experiencing what he’s been through in the past is one of the highlights of the film and helps establish him as a deserving new addition to the Marvel cast.

While the story does have connections to the MCU, they’re sparse and the plot doesn’t rely on them to keep viewers engaged as the story is strong enough on its own. This can also be seen with how the big connections to the overall Marvel storyline don’t appear until the end of the film after Shang-Chi’s story has been told.

“Shang-Chi” uses its premise to give positive representation of Asian culture on the big screen. This can immediately be felt with the dialogue of the first 10 minutes of the movie being exclusively in Mandarin. From showing natural depictions of Chinese families to the film’s soundtrack being headlined by numerous Asian artists, “Shang-Chi” actively embraces Asian culture.

The film is also easily one of Marvel’s most visually impressive movies to date. The action and choreography are really strong, heavily drawn from martial arts fight scenes and fighting techniques. This action, combined with engaging setpieces such as a runway bus split in half or the scaffolding on the side of a high-rise building, makes for engaging and intense fight scenes that smartly take into account their environments. The CGI for more complicated and visually distinct pieces later in the film is also stellar.

Not only is “Shang-Chi and the Legend of the Ten Rings” one of the strongest origin stories in the MCU, but it also sows the seeds for what the post-”Endgame” MCU will potentially look like. Shang-Chi is a more than welcome new addition to the cast of Marvel heroes, and it will be exciting to see what’s next for the character in the future.