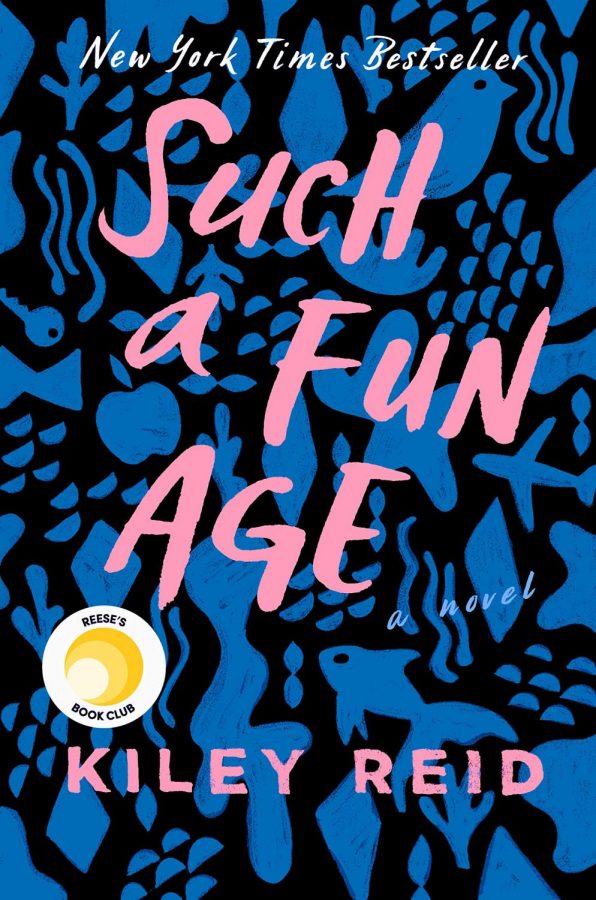 An insightful and brutally honest coming-of-age story from an exhilarating new voice, “Such a Fun Age” by Kiley Reid grapples with powerful issues of race and privilege in a modern setting. Set around the life of a young Black babysitter struggling to map out the next chapter of her life, the novel examines modern racism while also depicting a relatable story of a young girl navigating her 20s and all the trials and tribulations it entails.

Emira Tucker is a girl trying to make ends meet while struggling to figure out what she wants to do with the rest of her life. While she greatly appreciates the job she has as a part-time babysitter for a wealthy white family in Philadelphia, mostly due to her adoration for their unique yet endearing child, she can’t help but wonder what her next career move should be. With her 26th birthday fast approaching, Emira struggles over the added pressure of finding her own insurance plan and desires to spread her wings beyond her rewarding, yet simple, babysitting job.

Alix Chamberland is a confident, business-savvy woman that makes a living empowering other women across America to chase their goals and achieve the best version of themselves. It comes as quite a shock to Alix when she gets wind that her own babysitter, Emira, is confronted while taking the Chamberlands’ daughter on a trip to the grocery store. The store’s security guard remarks on the fact that Emira is a Black woman shopping late at night with a white child in her custody, and accuses Emira of kidnapping the young girl. A crowd gathers, including a witness that films the exchange on his phone, further humiliating Emira in the process.

However, where Alix is eager to support her sitter through this crisis, Emira is resolved to move on and distance herself from the encounter as much as possible. It isn’t until the video resurfaces that it unearths a ghost from Alix’s past, further setting Alix and Emira on a crash course that will upend everything they think they know about themselves, and each other.

Perfect for fans of “The Help,” Kiley Reid’s page-turning debut is bursting with complex characters and even more complex truths. It is a story that poses complicated questions about race, class and privilege, while also exploring what it means to live in our modern, hyperconnected world, with an added touch of sly humor that is both refreshing and witty. Not only does Reid take on the monumental task of demonstrating the state of modern America through what she refers to as the “everyday domestic biases that we don’t even know we have” but she also explores what it means to be “woke” and all the ways in which that term can breed distrust and dishonesty.

Not only has this story made a significant impact on the literary world, but it has also made its way to Iona College itself. My first encounter with this book was in a 315 English course, and I discussed with Dr. Mitra about what compelled her to include the novel in the course.

“I was first struck by the narrative form of Kiley Reid’s ‘Such A Fun Age’ which makes the book unputdownable while it draws out how race and class shape the behavior and inner lives of two women, and their relationship to each other,” Dr. Mitra said. “Particularly fun in English 315 was our lively discussion exploring the Karen trope and unpacking the racialization of spaces.”

After reading the novel for myself and seeing all of the interesting elements that interact with one another on the page, I couldn’t help but agree. Not only is it an incredibly relatable coming-of-age story, but it simultaneously compels the reader to view life through an entirely new and refreshing lens.