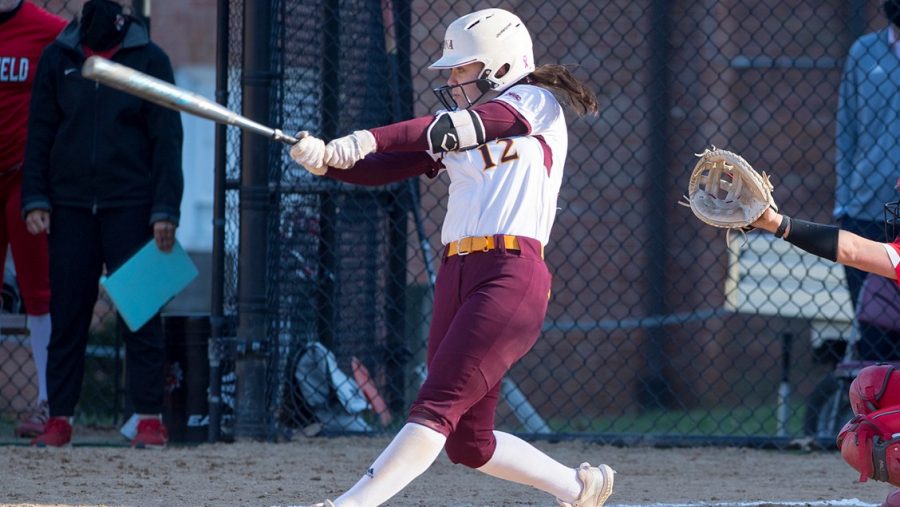 The Iona College softball team has accomplished a 10-3 record in their last 13 games. The team is also recently coming off a five-game winning streak in April to push their overall record to 20-10.

This is not the first time this season that the Gaels have won five games in a row. Going back to late-March, the Gaels took one game against Niagara and four-straight wins against rivals Siena.

The new COVID-19 format for baseball and softball includes playing double-headers, two games in one afternoon, against a given team. This can make the play more difficult, as the teams have a good idea of what the other can do and how they play within the day.

The past month of winning softball shows a rebound from a shortened, eight-game 2020 season. Looking back to the team’s last full season shows the leap of improvement, going from 19-27 in 2019 to now 10 games over .500.

Iona is currently third in the Metro Atlantic Athletic Conference as of time of writing, behind Monmouth and Canisius with two games left in the regular season.

A massive key to the Gaels’ winning streak has been their pitching, evident by the team’s +19 run differential over the past 13 games.

The pitching staff for the Gaels has been reliable all season long, given the amount of close games the team has played in, even if their 4.05 team earned-run average seems less than impressive.

The term “workhorse” does not do justice to the season that junior pitcher Kara Zazzaro has had in Maroon and Gold. The righty has appeared in 23 of the team’s 30 games and started 15 of them. She has thrown all seven-innings in all but one of her starts, pitching to the tune of a 2.27 earned run average with an 18-2 record.

Zazzaro has struck out 161 batters this season, which leads the MAAC by 55, compared to only 47 base-on-balls.

The other side of a positive run differential is the bat’s ability to get runs across the plate, and the Gaels have been doing just that over the last month of softball.

While the team’s batting average sits at .260, the team is fourth in the MAAC in slugging percentage, illustrating the team’s ability to put the ball in play with hard contact. This is reflected further in their 25 team home runs and 47 doubles.

Junior catcher and outfielder Jessica Chilcott has been a fundamental piece of the Gaels’ offense, as she currently sits at fifth in the conference in batting with a .387 average this season.

Freshman catcher Jamie Sheeran has put together a very encouraging rookie season with 31 runs-batted-in, which is second-most in the MAAC. She and her teammate Chilcott are both tied for the conference lead in home runs with nine a piece.

Iona softball finished up their regular season with a double-header win against longtime rivals Manhattan. Score lines were 7-0 and 4-3 respectively.

The Gaels begin their postseason when they play the quarterfinal of the MAAC Championship on Saturday, May 8.