‘Shadow and Bone’ is strong adaptation of fantasy novel series 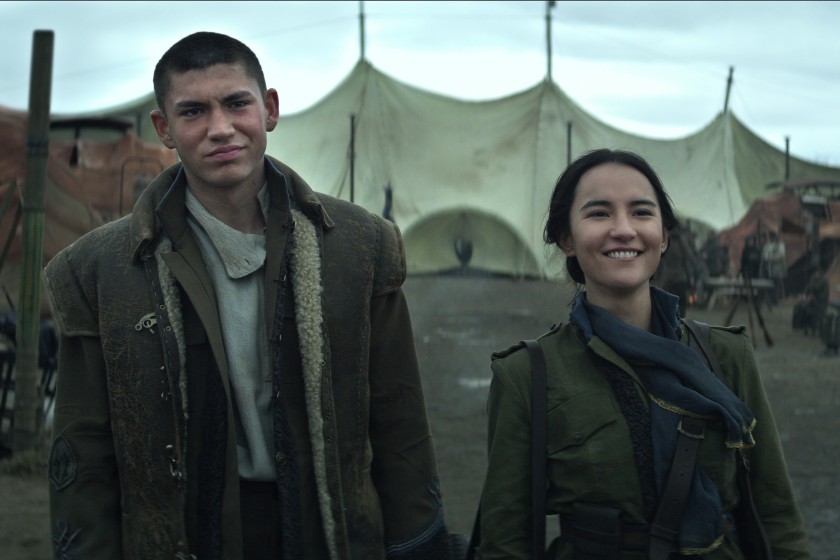 If you’re looking for the newest fantasy series to watch, look no further. Netflix definitely has your back with “Shadow and Bone,” a new show with eight episodes filled with tons of action, magic and drama.

“Shadow and Bone” is a loose adaptation of Leigh Bardugo’s “Grishaverse” series that will jump right from the pages to the screen. Despite the story having a few tweaks made to it, the show still remains faithful to fans of the series. With an endearing group of characters brought to life by decent casting and stunning visuals, “Shadow and Bone” is definitely worth the time.

At the center, we follow a young soldier named Alina Starkov (Jessie Mei Li). Her one mission is to survive and stay close to her best friend Mal (Archie Renaux). Alina also hides secrets that will put her on the path of con artists Kaz (Freddy Carter), Inej (Amita Suman) and Jesper (Kit Young), who chase lucrative and not-totally-legal gigs.

While o the multiple storylines can occasionally be hard to keep track of, Alina is the clear main focus of the story. Throughout the story, Alina discovers her Chosen One abilities and rises up the ranks of a magical army, becoming a hero who must face her destiny. Having not read Bardugo’s books before watching the series will not be a problem as the writers do a good job of bringing the audience up to speed. The material certainly benefits from an episodic format and would likely have felt rushed and convoluted in a movie.

With many of our characters being kept apart for several episodes, things take a dramatic turn with deep narration that puts us inside the characters’ minds. It exceeds expectations in its attempt to feel grounded in the reality of its otherworldliness. The show’s fast-paced and realistic editing will keep you on the edge of your seat.

There are a few hiccups, however, that are hard to ignore. For one, some of the performances took time to get used to. Jessie Mei Li was truly stiff in her acting when she tried conveying emotion. Her connection with other characters is what saved her performance even though it felt unnatural and unearned. Another problem is the sequel-baiting. “Shadow and Bone” has plenty of small mysteries that are introduced, creating questions for the audience to get invested, yet at the end of the season we do not get any answers. This is an annoying problem with many Netflix shows as they try to hook you in for more.

The difficulties and frequent failures of adapting beloved books to suit the silver screen are plenty, yet this story does not fall victim to that. “Shadow and Bone” is truly a fun show with an obvious purpose, creating a deep storyline that follows a simple flow for everyone to enjoy.