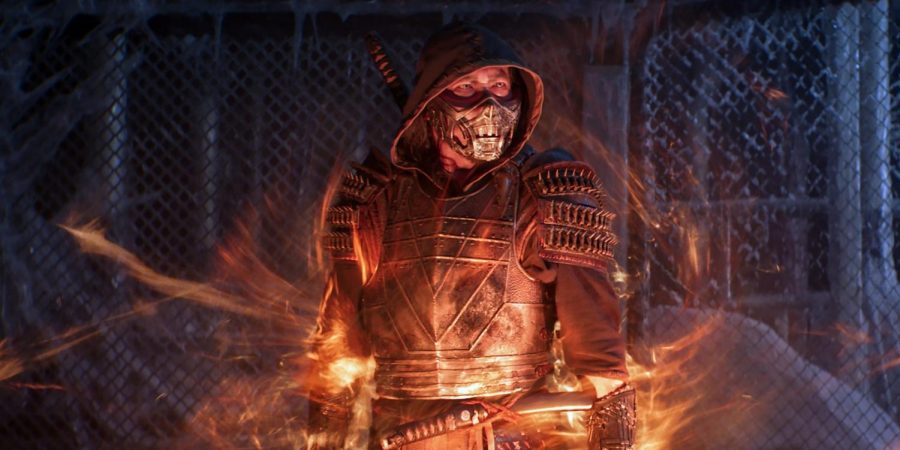 Mortal Kombat has some enjoyable moments for fans but is far from a quality film.

Film adaptations of video game franchises have notoriously been subpar at best, and obscenely awful at worst. Mortal Kombat is a series that has experienced widely varying levels of quality with its two late-1990s installations ranging from admirably cheesy to unbearably hard to sit through. This years “Mortal Kombat” on HBO Max follows this pattern, and while the film has a handful of standout moments, it also suffers from an inconsistent plot, bad performances and a wide range of other issues.

The film primarily follows MMA fighter and family man Cole (Lewis Tan), a descendant of the ninja warrior Scorpion (Hiroyuki Sanada). Cole’s life quickly takes a turn when he and his family are hunted by Scorpion’s rival and murderer Sub-Zero (Joe Taslim) and Cole learns that he has been chosen as one of Earth’s champions to fight to save humanity in the Mortal Kombat tournament. The rest of the film follows his training as he meets other characters from the games and they take on otherworldly enemies in brutal action.

“Mortal Kombat’s” narrative tone is widely inconsistent throughout the entire movie. The film initially begins with a serious, legitimately great scene showing the dark and saddening beginning of Scorpion and Sub-Zero’s eternal rivalry. Afterward, the film switches to an extremely cheesy, over-the-top tone as it focuses on Cole, and the actors’ performances and the script don’t help. Most actors play their extremely exaggerated roles straight and take themselves extremely seriously, which makes the nonsensical circumstances of the plot harder to enjoy as the film desperately wants to be taken seriously. The plot moves extremely fast and oftentimes events happen for no logical reason, making it hard to look at the film with a serious mindset.

Most of the action in the movie isn’t stellar. The film does live up to the video game series’ infamously bloody and gory action sequences, but the actual quality of the fight scenes widely varies. There are a handful of fights with legitimately engaging dynamics, set pieces and ideas, but the majority of the film’s encounters are generic, poorly paced action movie fights. The visual effects range from decent to almost laughably bad and the film’s editing is extremely shoddy with certain scenes clearly missing important shots that featured important actions. Aside from a few scenes, fight scenes for the most part don’t take full advantage of the characters’ abilities from the games, making flights even more unimpressive.

As a Mortal Kombat-inspired film, there are a handful of elements that could make it enjoyable for fans. Some references to the series are clever, such as city graffiti having special inputs and phrases from the games, as well as one scene that makes fun of specific tactics that fighting game players have used throughout the series. Other references however are ham-fisted as characters after fights say out loud phrases from the games such as ‘Fatality!’ and ‘Get over here!’ in an extremely forced manner.

“Mortal Kombat” is by no means a good film, but it isn’t completely without merit. Fans of the video game series will be able to find some aspects of the film enjoyable, but for the handful of small positives that the film has, there are large numbers of flaws that come alongside it.