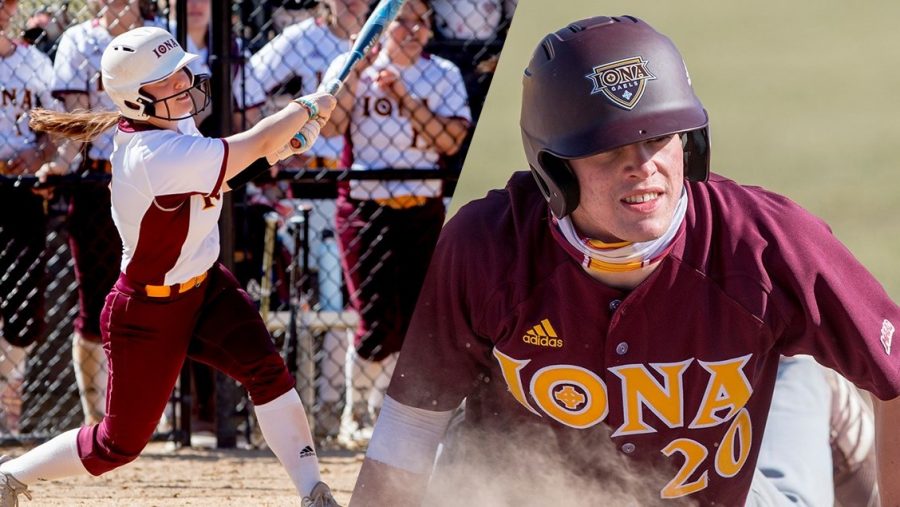 For softball, this is the best start to the season in over five years.

The Iona College baseball and softball teams started their early seasons on opposite notes as they approach the middle of the competition.

The softball team has secured an 8-4 record by their fourth series in the Metro Atlantic Athletic Conference. This is the first time they’re playing since the 2020 season cancellation. Their starting record is already better than their starting 2020 record, where they went 2-6 by midseason.

The season started off with a 3-1 weekend-series win over Niagara. The three wins were all close, with two going into an extra inning. The one loss was a wide margin win for Niagara as they beat the Gaels 1-7. Iona started almost all three games from behind in the early innings.

The Gaels secured another 3-1 series win over Siena. It was all about handling late-game rushes from Siena, which the Gaels handled well three out of four times. The Saints gave Iona a run for their money in one game when they took a 4-8 win, but the Gaels held their winning position in the other three with a 4-3 win, an 8-6 win and a 5-2 win. This would land the Gaels at 7-3 so far.

Come March 30, the Gaels split a series with Fairfield with a 5-4 win and a 2-5 loss. Later in the week, on April 2 and April 3, Iona was supposed to take on Monmouth, but the Hawks announced on their Twitter that athletics was paused due to a COVID-19 outbreak within their program. Instead, the Gaels split another series with Fairfield, winning their first game 5-3 and losing their second 0-5.

When it comes to the baseball team, the Gaels haven’t been as fortunate with a 3-9 record. Their first series against Siena was split down the middle at 2-2. One of the games was a large win for the Saints at 5-15, while the other had a much tighter score line at 3-4. The Gaels showed off their winning ways the next day as they won 16-10 and 10-7.

The story was a bit less successful in their second series against Canisius, where the Gaels scrounged up a 1-3 record, leaving them at 3-5 overall. It was almost another 2-2 series, but in an astounding 14 inning game, Canisius was able to take a 4-5 win in the first game of the series. It would prove to leave a mark on the Gaels as they lost the next two games 5-8 and 0-5, but Iona got it together in the final game and took an 8-6 win before the Griffins continued their away-game stint.

Things couldn’t turn around for the Gaels in their weekend series against Fairfield, as they dropped all four games. The first two were close, with identical 2-4 score lines, but Fairfield was able to blow the Gaels out of the pitch when they won 0-7 and 2-10 in the following two games.

While the starts are much different, both teams share the same reality; there is much of the season left to play, and they both are hoping for a smooth, COVID-19-free season. Softball needs to keep up their good play while baseball needs to figure out what’s working and what’s not.

Iona softball takes on Canisius on April 10 and 11 here at Walsh Field. Iona baseball goes up against longtime-rivals Manhattan on April 7.