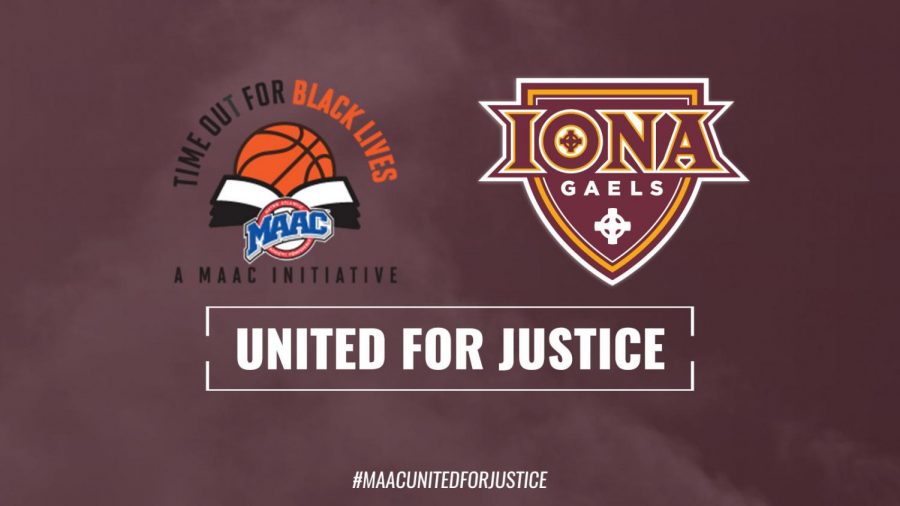 All 11 teams in the Metro Atlantic Athletic Conference have joined in with MAAC’s “Time Out for Black Lives” initiative. // Photo courtesy of icgaels.com.

The Metro Atlantic Athletic Committee created “Time Out for Black Lives,” an initiative for MAAC basketball players and coaches to celebrate Black culture.

The initiative comes after the MAAC United for Justice campaign, announced on Aug. 20, where the MAAC set forth a multitude of changes that would better highlight Black lives and diversity. Iona’s Student-Athlete Advisory Committee joined in on ensuring diversity among their student body with the addition of junior Francis Acolitse as their Diversity Inclusion Chair.

“On behalf of the MAAC presidents, I share my deep gratitude for the work being done on our campuses and beyond as our student-athletes, coaches and administrators seek to promote education for social justice and combat racial injustice,” Niagara University President and MAAC President James Maher said in the United for Justice announcement. “We know this is a long and winding road, and we are fortunate to have such an amazing group of people who are committed to becoming the change we seek for our society.”

With MAAC’s new initiative, “Time Out for Black Lives,” the league aims to shine a spotlight on Black culture.

On the initiative’s website, timeoutforblacklives.com, they have the following description explaining what they hope to accomplish with their initiative: