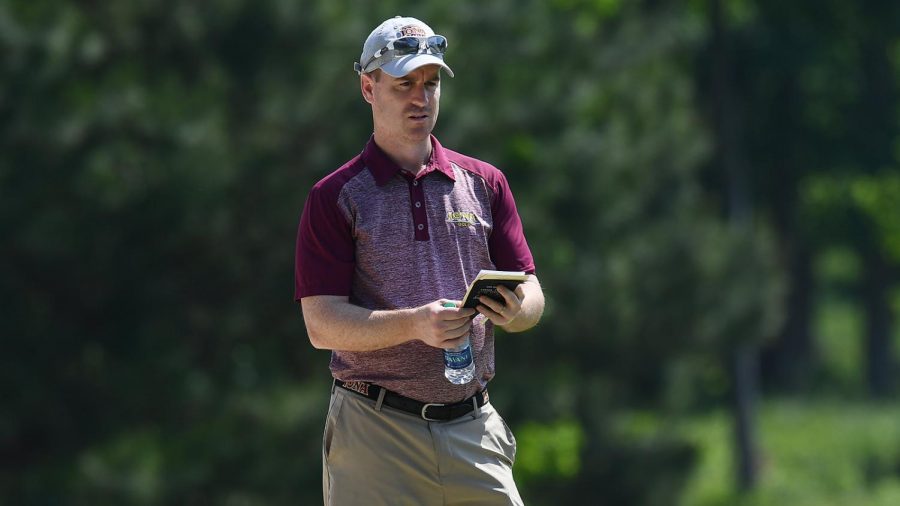 Iona College will be hosting the Battle at Rum Pointe in Ocean City, Md. on Mar. 27 and 28. // Photo courtesy of icgaels.com.

The Iona College golf team hasn’t played a competitive game for almost a year. The Gaels were unable to defend their championship due to the COVID-19 pandemic.

Luckily, seven of the nine Metro Atlantic Athletic Conference teams, including Iona, will finally be able to grab their clubs and head to the courses come early March, according to head coach Sean Burke. It’ll be the first competition the Gaels will play since they tied 3rd at the Lonnie Barton Invitational on March 9, 2020.

“We’ll have a very busy schedule,” Burke said via Zoom call. “In the hope that we’re playing everything, it’ll be hectic and if things go awry somewhere, we’ll have backup and alternative plans.”

Given the long time since any competition for the team, they are itching to show off their skills on the courses and bring home wins for the college, according to Burke. The roster’s depth is richer this year with a total of 10 golfers, compared to seven last season.

“These guys want to play golf, they want to play a lot,” Burke said. “They would be playing every day if they had the option, whether it was tournaments or practice or on their own.”

COVID-19 has affected all of the sports in the NCAA, including golf. Their season was cancelled right after the Lonnie Barton Invitational. While other sports are more at risk for COVID-19, golf seems less at risk due to the nature of the sport. Despite this, when other sports shutdown, it was understandable for golf to follow suit, Burke said.

Since the Gaels’ title win in 2019, a lot has changed throughout the league. It’s a mystery for Iona and Burke just how good the other teams in the league are, but the same goes for them when looking at Iona, Burke said. The lack of knowledge is sure to bring on major competition this season, given everything goes smoothly without interruptions from COVID-19.

Should the pandemic get in the way somehow and cancel some of the events, the team is in a good position to absorb that hit due to the robust schedule and depth of the team, according to Burke.

If someone on the team got COVID-19, making sure everyone else is safe and healthy followed by gathering five members of the team and heading out to the tournament would be the game plan, Burke said.

“I don’t care if that’s one through five, three through eight or six through 10,” Burke said. “They’re all working hard to be ready to go and if their number gets called, I have great confidence that they’ll step up and do their best.”

The Gaels have their first event, the MAAC Spring Kickoff, on March 6 in Ocean View, New Jersey at Shore Gate Golf Club.