‘We Are: The Brooklyn Saints’ is an emotional documentary on football, community 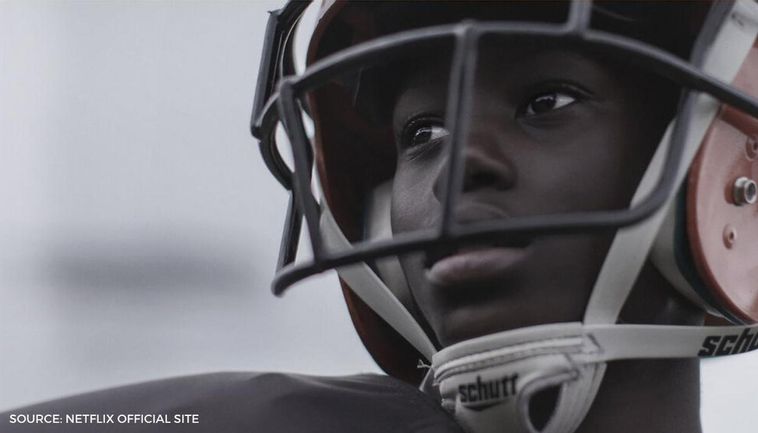 “We Are the Brooklyn Saints” focuses less on the game and more on the development of the team’s community. Photo Source - Netflix.

There are plenty of sports-focused documentary series that tell the stories of all-star players who became some of the best players in history. “We Are: The Brooklyn Saints,” however, does not follow that path. The four-part Netflix docuseries centers around a Brooklyn-based team in a youth football league, and it isn’t focused on showing a cliché rags to riches story. The sports docuseries also doesn’t focus much on the outcome of the games the Brooklyn Saints play either. Instead, the show centers itself around the community that the team creates and how it helps young children step into their own regardless of whether they win or lose.

“We Are: The Brooklyn Saints” immediately establishes itself by showing one of the young team members tell their barber about how they lost the championship. This intentional decision to not be a typical sports documentary helps the show become an extremely heartwarming look at the building and fostering of a community. There are genuine bonds and trust being formed between the coaches and players and seeing that bond strengthen through the games of the Saints is endearing. The coaches see each one of the children on the team as their own,which makes the effort they put in to see the kids succeed and raise them even more powerful.

One of the most emotionally resonant parts of the show is seeing how a positive community is able to grow despite being within an area with a negative connotation and stigma surrounding it. Brooklyn has a reputation for being a dangerous borough and the team has had other competitors forfeit just because they did not want be in the area. The series shows how despite these hurdles, the Saints are able to help develop a vibrant and positive community in a harsh neighborhood in order to help make an impact on the lives of the kids involved.

The series also shows the struggles and effort that all members of the group, including the children, go through in order to play on the team. One especially impactful scene showcased how one of the coaches and his sons repeatedly make the drive from Brooklyn to Long Island every day both for school, football and work in order to help give the kids a chance at better opportunities. Seeing the dedication of both the coaches and players is one of the most impactful aspects of the show.

“We Are: The Brooklyn Saints” sets itself apart as a sports documentary that focuses not on the game itself but on the coaches, players and parents who work to help raise the children and give them opportunities to find community and become successful.