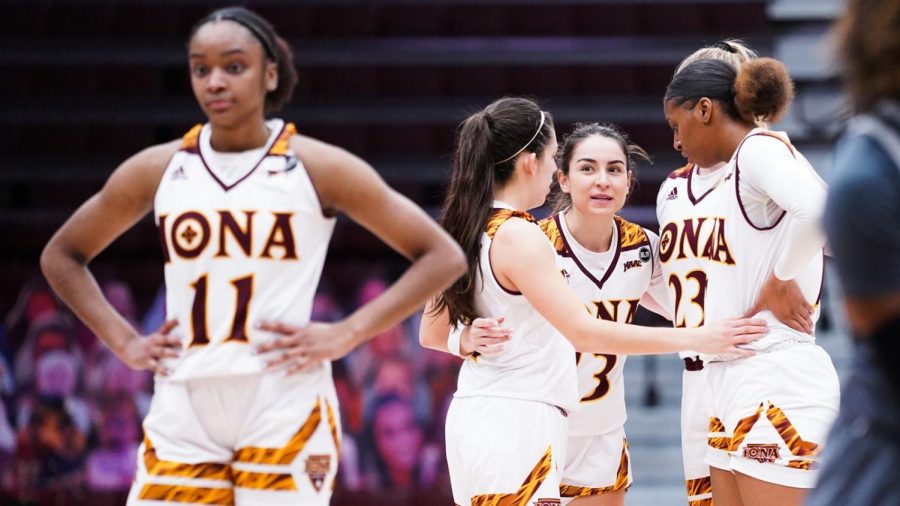 The Iona women’s basketball program has faced their share of challenges this season with the COVID-19 pandemic as they have not played a game since Jan. 2. The long layoff for the Gaels will continue until Friday when they are scheduled to play their first game in over a month against rival Manhattan.

The Gaels entered the season with high hopes after being projected in the preseason to finish fifth in the Metro Atlantic Athletic Association and will look to carry that momentum for the remaining 10 games of the regular season.

This adversity has not stopped the women’s team from maintaining their high level of competition as they are currently 4-5 in the season. The team, which features eight new players, has shown resiliency by winning four out of their last five games, a streak dating back to Dec. 18 after starting the season on a four-game losing skid.

With tough defense, the Gaels stand as the third best team in the MAAC at limiting the opposition’s scoring, allowing an average of 56.7 points per contest. The numbers of turnovers the Gaels force is also a strong suit as they rank third in the MAAC in steals per game with 9.33.

Senior guard Olivia Vezaldenos and junior guard Juana Camilion, the former of which  poured in seven 3-pointers in the Gaels’ latest victory against Niagara, have starred as a consistent 1-2 scoring punch for the team, averaging 11.7 and 11.8 points per game respectively.

Vezaldenos, a transfer student from Concordia University, Portland, is in the midst of her first season at Iona. She is one of eight new players to join the Iona squad this season.

Paula Weekes, a redshirt forward in her second season of competition, has also been a strong piece in the Gaels’ frontcourt with her rebounding and inside scoring presence, averaging 6.1 rebounds per game and shooting 44 percent from the field.

Iona women’s basketball is currently sitting at sixth in conference play in the MAAC and will look to improve on their 3-3 record within the conference in their remaining 10 games of the regular season.

The Gaels will travel to Draddy Gymnasium in Riverdale to play Manhattan on Friday. Tip-off for the contest is still to be decided.