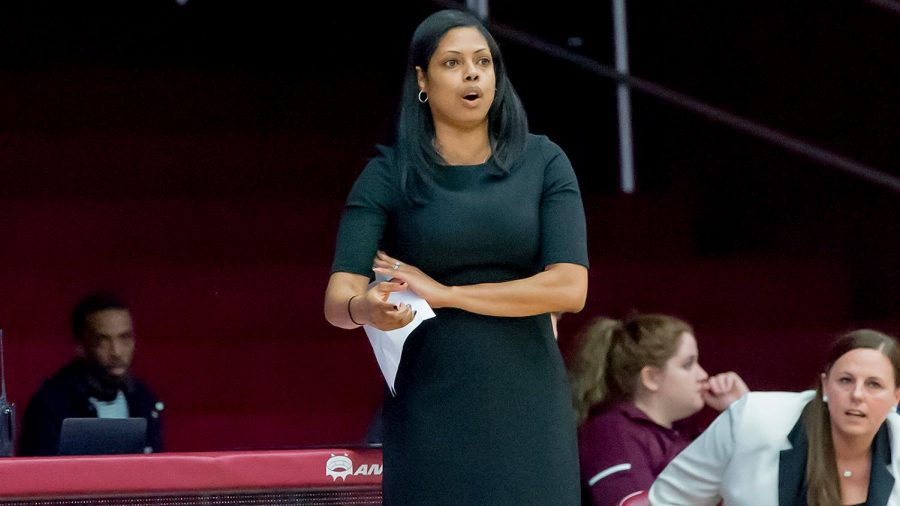 Iona women’s basketball head coach Billi Chambers joined a panel of female collegiate coaches, former collegiate players and other professionals in late October in a three-day virtual conference for young female athletes. The Female Athlete Summit’s purpose is to give a platform to female athletes, and it is designed to guide and support young women in their growth as athletes, according to the event’s website.

As a speaker in the summit, Chambers’ talk was focused on educating and informing young athletes that are currently in the recruitment process, citing how the changing environment of college sports is creating new challenges for prospective college athletes, parents and coaches.

Chambers stated the importance of connecting with coaches in these socially distanced times and reminded the athletes not to lose hope in these trying circumstances.

“My message to the student athletes and parents was that, simply, we are in this with them,” Chambers said. “If they want something, they should continue to pursue it.”

The second talking point of Chambers’ presentation was the topic of social injustice and inequality in the world today, and how that impacts female scholar athletes.

She highlighted how important it was to have that conversation in order to move forward to a better future.

“It’s about sitting down and having that difficult conversation,” Chambers said via Zoom. “It can lead to a better world where everyone can support each other, and everyone has a chance to win.”

Chambers has a special connection to the Female Athletes Summit, as she was college teammates at Hofstra with the summit’s creator, Jen Brickey. Coach Chambers was especially grateful to be able to reconnect with her old teammate through the event.

The Iona women’s basketball team led by Chambers was recently projected at fifth in the Metro Atlantic Athletic Conference for the upcoming season. She accentuated the depth of the team, with the addition of eight new players, as crucial to the squad’s success this season.

Chambers also said that the ranking is a positive indicator of the growth of the program, but that the projection may not be all that accurate.

“This is a really special group that works exceptionally hard,” Chambers said. “They’re going to surprise some folks.”