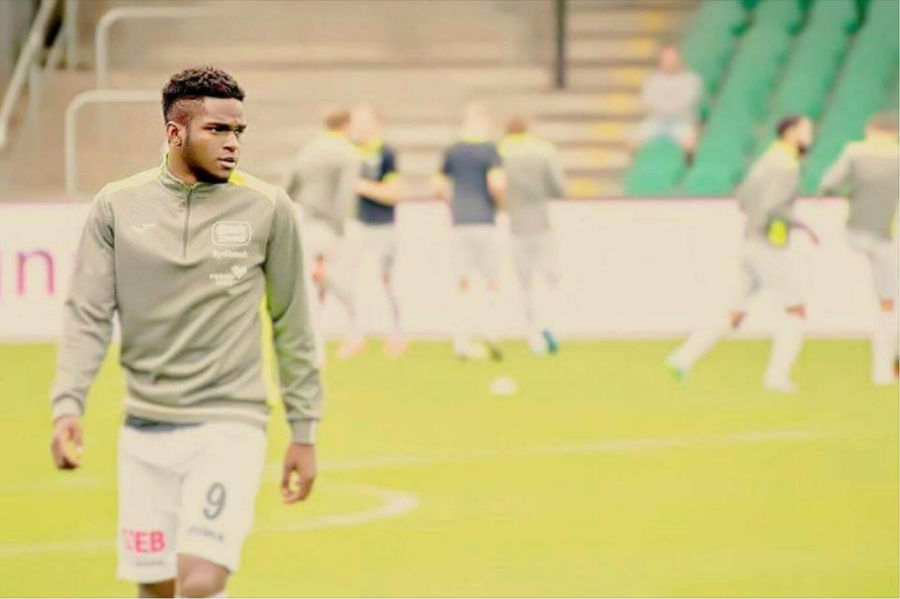 Iona College alumnus Samuel Adjei Jr. was chosen for the United Soccer Coaches 30 under 30 program, which highlights the achievements of coaches under the age of 30.

Adjei Jr., who now coaches the women’s team at Bloomfield College, was chosen from a pool of 550 applicants, with the results choosing 15 women and 15 men. When he applied, he took his mind off it and didn’t think about it for a while. It was thanks to fellow Iona alumna Laura Jackson that Adjei Jr. found out about the honor.

“She’s the one who told me the news,” Adjei Jr. said via Zoom video call. “So I was like ‘Oh wow!’ I didn’t even know until she told me.”

The Bloomfield College women’s coach was confident he’d be able to make the list but not without a hint of doubt. Nothing is guaranteed after all, he said. The number of applicants surprised him more than anything else.

Adjei Jr. has quite the resume. He played for the New York Red Bulls U-16 team, scoring 20 goals and six assists in his time with them. He also played for Naestved Boldklub and Boldklubben af 1893, two Danish professional soccer clubs in the Danish 2nd Division. He also spent time in New Zealand with Hawke’s Bay United, scoring two goals and one assist in five games.

It doesn’t end there. The ex-pro player also represented both of his home countries when he played for the United States U-18 national team and the Ghana U-20 national team. He is also the owner of SA Soccer Virtuoso, a soccer training company that boasts 12 NCAA Division 1 athletes and six professional players in Ghana, Denmark and the United States.

It wasn’t always sunshine and happiness throughout his career, though. As all careers go, Adjei Jr. had his ups and downs. One of the biggest hurdles he had to overcome was getting cut from the Ghana national team the first time he tried out.

Despite his extensive career, this achievement of the 30 under 30 is the most important for him right now.

“Just like when I was at Iona and I was an All-American, that moment was the biggest for me,” Adjei said. “It depends where I’m at in my career and I believe every achievement kind of means the same.”

This isn’t to say he didn’t enjoy his time on the pitch as a player. It was bound to happen, since Adjei Jr.’s father played professionally as well, he said. Nonetheless, the 30 under 30 coach felt like he should focus on the coaching side of the sport.

Adjei Jr. hasn’t only been a professional player and a coach. He’s also a published author. He has two main books: “Soul Miscellany,”a collection of short stories and “Jack and Soccer Series,” which is a children’s book series with five parts out.

“For me, I learned a lot about life values through the game,” Adjei Jr. said. “Not every kid likes to read, but if you write about soccer, they might read it. I had a lot of kids finishing the book in like two days or one day like ‘Coach Sammy, I read the whole thing!’”

On the opposite side, “Soul Miscellany” is a collection of short stories and poems in which Adjei Jr. delves into a myriad of characters and writes from their perspective, he said.

Adjei Jr.’s coaching career has just started, but he’s optimistic about the future and his time at Bloomfield College. He inherits Mike Minielli’s team, who coached Bloomfield College’s women’s soccer team for three years prior to Adjei Jr.’s appointment. Now, the Iona alumnus has the task of rebuilding the program around his vision.

“It’s tough if you don’t have the right people around you,” Adjei Jr. said. “My assistant, my director, my players, my captains, all of them help me to be able to achieve this goal.”

Throughout his career, he has always had the backbone that Iona has given him during his time as a Gael. The vigorous training he did while there helped him become the player he has been, and the experience with former Iona College men’s soccer coach Fernando Barboto helped him become the coach he is today, he said.

Adjei Jr. and Jackson still keep in touch, as do many of the former Iona athletes, according to Adjei Jr.

“We do a good job staying in touch,” Adjei Jr. said. “Obviously, we created a good bond while we were at Iona and it continues. For most of us, we try to stay in touch. Obviously, life hits and it gets busy, but when we can, we try to get in touch with each other.”