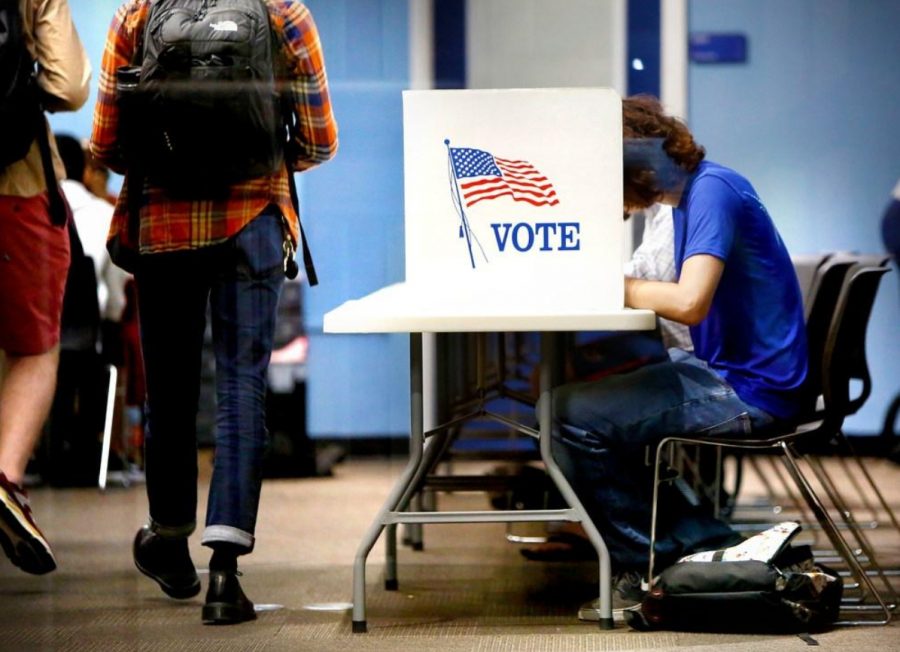 Iona College was just four teams away from having every student-athlete registered to vote before the Oct. 9 deadline. // Photo from https://flic.kr/p/2h2rawQ

Iona’s Student–Athlete Advisory Committee announced on Aug. 17 that they were starting the Student Voter Registration Challenge, working with the Metro Atlantic Athletic Conference SAAC to get every student-athlete in the MAAC registered to vote.

Iona SAAC worked with MAAC SAAC in hopes of spreading awareness about the importance of voting.

“Voting is one of the most important duties United States citizens have,” Iona SAAC president and senior Jamie Smith said in the promotional video shared on MAAC SAAC’s Twitter. “It ensures that our politicians are held accountable and provides us a way to promote positive social change in our country.”

Since the beginning of this campaign, at the time of writing, 14 of the 17 athletic teams at Iona have successfully registered. The teams that have fully registered on the men’s side are the swimming and diving team, the rowing team, the golf team, the baseball team, the water polo team, the basketball team and the men’s cross-country and track team. On the women’s side, the basketball, cross country and track, rowing, soccer, swimming and diving, volleyball and softball teams have all registered. The deadline to register to vote in New York state was Friday, Oct. 9.

Of the 11 schools involved with the MAAC SAAC initiative, three of them have all of their teams registered to vote. The schools are Canisius, Fairfield and Siena, with the Saints being the first of the three to get it done on Sept. 25.

All schools in the MAAC have been promoting information about candidates on their Twitters, ranging from local elections to the presidential elections coming up on Nov. 3.

Since the passing of the deadline, MAAC SAAC is focusing on Breast Cancer Awareness Month, changing their profile picture to a MAAC logo with pink lettering and a pink ribbon. Iona SAAC is focusing on their upcoming Lift-O-Ween fundraiser. Majority of teams register after Iona, MAAC committee’s campaign