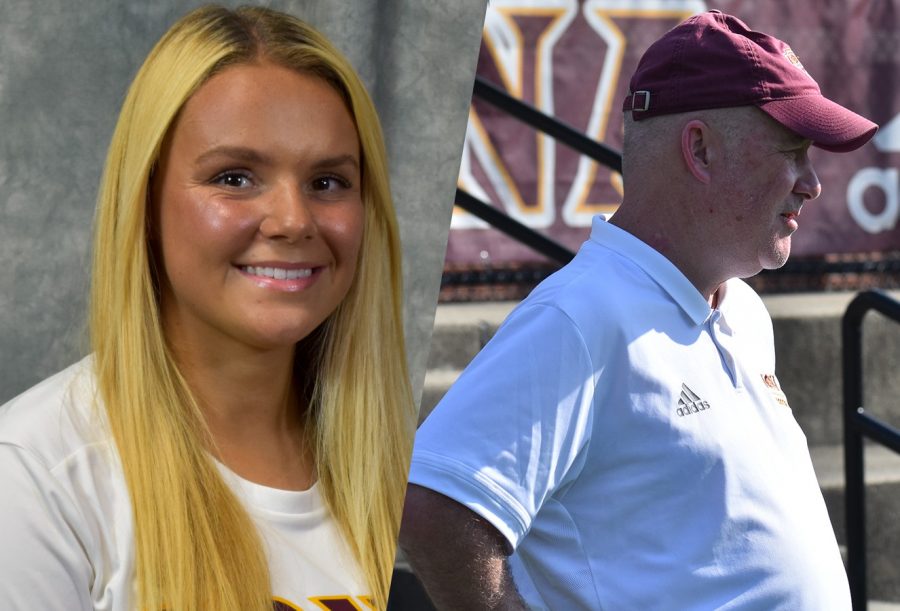 Iona Graduate student Nicole Whitley had a total of eight goals and 20 assists during her time at Rutgers. // Photos used courtesy of icgaels.com

Iona College graduate student Nicole Whitley, a former member of the Rutgers soccer program, is a newcomer to the Iona women’s soccer team. Whitley said in a Zoom interview that her connection to Iona began in her senior year of high school when she was being recruited by Todd Plourde, an assistant coach at Yale at the time. Plourde, now head coach of the Iona women’s soccer team, and Whitley formed a friendship during that time and stayed in touch with each other via text even after she decided to play soccer for Rutgers.

Over her three years of soccer at Rutgers, Whitley performed at a high level, earning Freshman of the Year honors in the Big Ten Conference. Her career also featured a game-winning goal in double-overtime against Michigan State.

It can be detrimental to any college athlete to get hurt going into their final year of eligibility, but Whitley gave her positive perspective of the situation.

“It was a blessing in disguise in my eyes,” Whitley said.

Whitley then had to begin the transfer process, which she described as similar to the overwhelming experience of being scouted as a high school senior. During this period of receiving a massive amount of emails and materials from various soccer programs, Whitley said she was grappling with the choice to either play soccer again or to find a job and get started in her career.

The first person she reached out to during this process was Coach Plourde. Whitley had no prior experience with Iona, but the fact that Plourde was now the head coach made the school appealing to her since he was the first coach that she wanted to play for next.

Whitley recalled in the interview how notable and respected Coach Plourde was among his peers in the college soccer world, and how it seemed like all signs were pointing towards joining the Iona team.

“I asked myself, ‘Why would I want to go anywhere else? I would love to go play for Todd and try to make an impact on his team,’” Whitley said. “It all led back to Todd.”

The comfort level that the women’s soccer team has with each other and with their coach speaks volumes for Whitley, she said, and shows that the coaches really care about their players.

Whitley also touched on the success of Plourde in his first year at Iona, and how much he was able to influence the program in such a short time. She is confident that her new team will be very competitive in the Metro Atlantic Athletic Conference.

After staying in touch for all that time, the two old friends now find themselves in the same maroon and gold. As they develop their relationship as coach and player, they will also look to bring a MAAC championship home to Iona College this spring.