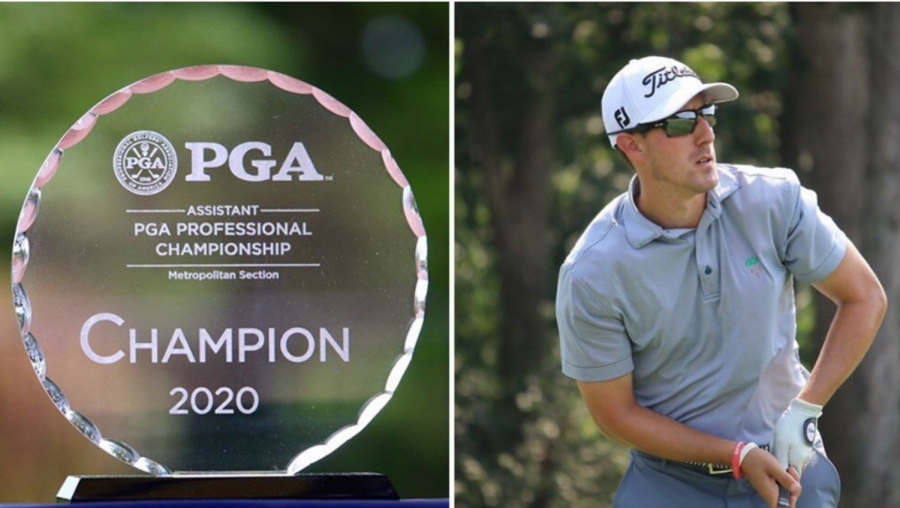 Dylan Newman earned awards during his time at Iona, including a Metro Atlantic Athletic Conference Rookie of the Year award in his freshman year and MAAC Golfer of the Month award in his sophomore year // Photo courtesy of icgaels.com

Dylan Newman, who graduated from Iona in 2013, represented Brae Burn Country Club during his recent victory. Newman began the competition by shooting a 63 on the opening day, putting him in the lead. He continued his success on the second day by shooting a 67, which ultimately won him the tournament.

“This was my third year playing in the event. It’s tough to win in this section no matter what event you’re playing in,” Newman said via phone call about his victory.

His victory was only secured by a mere three strokes but losing was never part of Newman’s plans. He has won several tournaments before and was fairly comfortable with the lead he established early in the game.

With this win under his belt, Newman successfully qualified for the Nationals Assistant Championship Tournament.

While Newman is the most recent Iona alumnus to win the tournament, he’s not the only one. Anthony Casalino, an Iona alumnus from 2002, won the 2019 National Car Rental Met Assistants Championship. When asked about Casalino, Newman spoke well of him.

“I knew he won last year; I’ve seen him play in a lot of events. It’s pretty cool to keep it within the Iona family,” Newman said.

Another Iona alumnus also competed in the tournament this year, Paul Selvaggio from the graduating class of 2007. He not only took part in the tournament alongside Newman but also qualified for Nationals where the two will face off again.

The common denominator of Iona seems to have helped these golfers hone their skills. The short seasons at Iona and the increase in tournaments appeared to help Newman rise to his current level.  However, the core of his success is his constant drive to improve and ultimately surpass his current level.

“I work hard at my game, always have,” Newman said.

Newman’s hard work hasn’t gone unrecognized by his former alma mater, as earlier this summer Iona had appointed him to participate in the 40th Metro Atlantic Athletic Conference Anniversary Golf Team. The team, which also consisted of Casalino, is a way for Iona to highlight the truly talented golfers that have attended the school.

Despite his several victories and awards, Newman continues to strive for higher heights.  Newman will later compete in the PNC tournament.  If he can end the tournament within the top 20, he will qualify for the PGA, where he will potentially face off against the likes of Tiger Woods and others within that skill range. He’ll continue to grow following the same conviction he has until now.

“I just want to go out there and play golf,” Newman said.