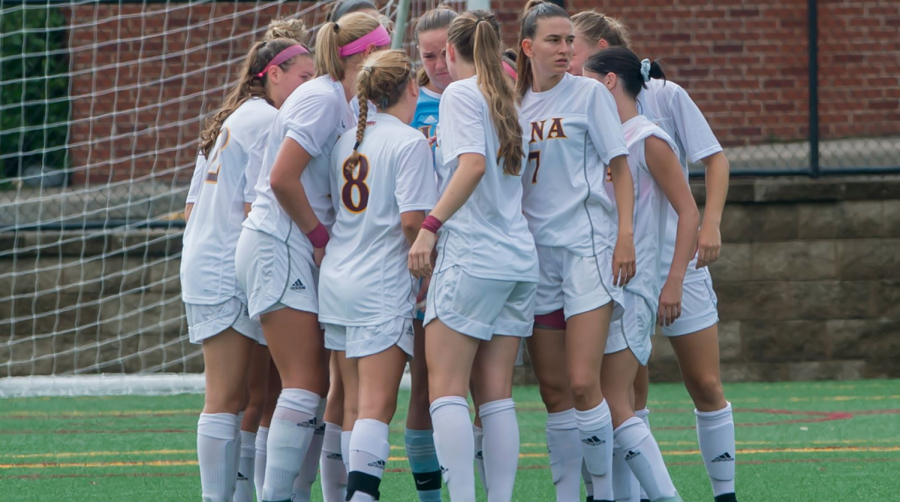 The Iona women’s soccer team has earned the United Soccer Coaches Team Academic Award for the past 10 out of 12 years. // Photo courtesy of icgaels.com

The United Soccer Coaches recognized the Iona College women’s soccer team for their exemplary academic performance during the 2019-2020 academic year on Sept. 24, according to an announcement from the organization’s website.

Iona women’s soccer was among 889 college teams that met the grade point average criteria for the award. The team finished the 2019-2020 school year with an average GPA of 3.52. The scholar-athletes stood out among their fellow teams in the Metro Atlantic Athletic Conference, being one of five programs in the conference to earn the award.

The announcement of the award marks the 10th time in the last 12 years that the program has been recognized by the United Soccer Coaches.

The College Team Academic Award is given to programs that are active members of the United Soccer Coaches College Services program. A program is required to have composite GPA of 3.0 or better for all members on their active roster in order to achieve the award.

Academic excellence is not the only thing that the women’s soccer team will seek to carry over into the new season, as players and coaches look to build on a 7-11-2 record from 2019.

The 2020 squad features star junior forward Faith Preziosi, who scored eight goals in the 2019 season and finished third in total points in the MAAC with 18. Preziosi followed up her three MAAC Rookie of the Week awards with an Offensive Player of the Week award in her sophomore season for her two-goal performance in the seasonfinale against Rider.

Fellow junior goalkeeper Emma Havrilla will also be a key part of the team this year. Havrilla has started 34 of 38 games in goal over the last two seasons for the Gaels.

The combo of Preziosi and Havrilla will look to add experience in their third years to the team’s offense after the departure of senior Amber Crispin, who scored a team-high nine goals last year.

In addition, senior defender Kelsie Kearns, who started all 19 games she appeared in during her junior season, and junior defender Mackenzie Meixner will look to anchor the Gaels’ defense heading into the upcoming season.