‘Tenet’: A thrilling film for return to theatres 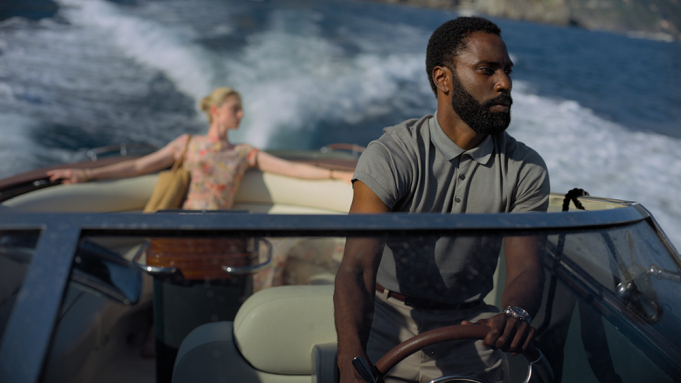 Christopher Nolan’s newest science-fiction thriller “Tenet” faced a daunting task as it released exclusively in theaters on Sept. 3, being one of the first films to do so since multiplexes were forced to shut their doors six months ago. The months-long shroud of secrecy around the film’s plot was not for fear of spoilers but to create an ambitious, noggin-scratching spectacle destined to be critically acclaimed.

“Tenet” is an extremely ambitious project even for a director like Nolan, who uses any means necessary to achieve his vision. The film is shot using practically no green screens, not to mention less computer generated imagery than most big budget films and it shows. The spectacles are absolutely off the rails, but it’s the meticulous and surreal style of storytelling that sets it apart from other films. “Tenet” follows “the Protagonist,” played by John David Washington, on his mission to stop World War III. To save humanity, he becomes a secret agent that utilizes a variety of futuristic tools, including a type of time travel known as time inversion, which allows him to manipulate past events to his advantage.

Like Nolan’s previous films, “Tenet” always keeps the audience on their toes with the director’s signature plot twists. The story uses the classic “fish out of water” technique, in which the main character is introduced to a new world of sorts and taken through it step by step. It’s quite obvious that the story is designed to make you think, as the narrative is purposely confusing. Throughout the film, the story unfolds in surprising ways by presenting deep complex concepts to unravel well after the credits roll. Just when you thought you had everything figured out, Nolan pulls out the rug from under you by weaving more layers of intrigue and intricacy into the story. This film is not perfectly paced, which can make some plot points hard to understand. Despite this, the actors’ level of confidence in their performance assures that the audience at least understands the concept of time inversion.

“Tenet” is an enjoyable action movie, and its spectacle alone is worth seeing on the big screen. It has a polarizing script, complicated plot and an altogether wonderful ensemble cast that will make viewers want to see it multiple times.