Saying peace out to ‘That ‘70s Show’ on Netflix 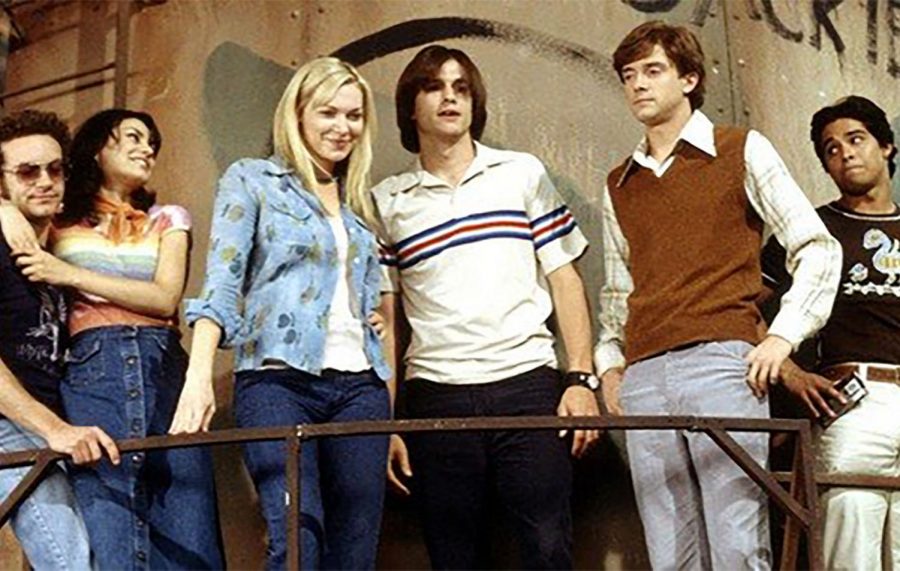 Photo courtesy of The Carsey-Werner Company.

The removal of a fan-favorite television show from Netflix brings a new kind of sadness unique to the digital age we currently live in but is without a doubt a real kind. The streaming service lost another popular series and received negative feedback on social media when the beloved sitcom “That ’70s Show” was removed on Sept. 7. This is the latest in a string of show removals as Netflix attempts to gear itself towards producing more original content, coming at the expense of other wildly popular shows like “Friends” and “The Office.” With the loss of “That ’70s Show,” fans took to social media to mourn the loss of the Forman family and friends, giving a look into just why the show was so popular and will be missed so much.

Like any great sitcom, “That ’70s Show” is so appealing because of its relatability. It’s a show about nothing, just following the everyday misadventures of a group of young, inexperienced high school kids. This near universal experience is something that almost any viewer can understand. This aspect also sets “That ’70s Show” apart from other such shows, as most fans of the show either are or have been in the age group of the main characters. Fans of shows like “Friends” or “The Golden Girls” may look forward to the experiences that come with being the same age as the characters if they are not that age already, but almost anybody who watches “That ’70s Show” will not have to look forward far, if at all, to get to live like Eric Forman and his pals. Older viewers can fondly recall their high school years watching the antics of the teens on the show, while younger viewers on the cusp of, in or graduated from high school can easily liken the cast to their own friend groups.

On top of the great appeal of viewers relating their friend groups to the main characters’, “That ’70s Show” also plays to the love of vintage aesthetics that many people have in fashion and lifestyle today. As bell bottoms, paisley shirts and drive-in movies come back into style, it becomes satisfying to see these trends alive and well in the world of a beloved television show. This reinforces the popularity of such things in real life, and the cycle builds upon itself to turn “That ’70s Show” into a paragon of vintage style.

Whether it was reminiscent of high school memories, relatable to current everyday life or a source of inspiration for a retro 1970s Pinterest board, “That ’70s Show” proved to be a fan favorite of many Netflix subscribers who will not be forgetting about the show anytime soon.